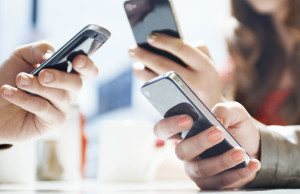 No one needs to be reminded of how important mobile apps have become in today’s world of communications. Just looking around any crowd of people, it’s clear that usage has become well-nigh ubiquitous.

And now, we have some new stats that help quantify what’s happening, courtesy of the most recent annual Mobile App Report published by global media measurement and analytics firm comScore.

Among the salient findings from this report:

Despite the rapid rise of mobile app usage, there are a few findings in the comScore report that point toward some consolidation of the market, with certain apps being the recipient of strong brand loyalties.

Typically, while smartphone users have uploaded many apps on their devices – and may use several dozens of them on a monthly basis – nine out of every ten mobile app minutes are spent with just five top apps.

[Good luck to any app provider attempting to break into that rarefied group of top performers!]

At the same time, “push notification fatigue” appears to be a growing issue: More smartphone users are rejecting app update notifications than ever before.  According to comScore’s recent report, nearly 40% of users rarely or never agree to such update notifications – up significantly from around 30% last year.

Conversely, only about 25% often or always agree to updates, which is down from about one-third of users in last year’s survey.

This last set of figures doesn’t surprise me in the least. With so many apps housed on so many devices, one could easily spend an hour each day accessing nothing but app updates.

It was bound to happen.

The bulk of time Americans are spending on digital media … is now happening on mobile applications.

According to data released this past week by Internet and digital analytics firm comScore, the combined time that people expend using digital media breaks down as follows:

Apps are clearly in the driver’s seat – particularly in the mobile realm.  In fact, comScore estimates that apps account for 7 out of every 8 minutes spent on mobile devices.

This doesn’t mean that app usage is spread evenly throughout the population of people who are online.  Far from it.  Only about one-third of people download one app per month or more.  (The average smartphone user is downloading about three apps per month.)

The inevitable conclusion:  App usage is highly concentrated among a subset of the population.

Indeed, the 7% most active smartphone owners account for almost half of all the download activity during any given month.

But even if most users aren’t downloading all that many apps … they are certainly engaged with the ones they do have on their devices:  comScore reports that nearly 60% are using apps every day.

Here again, the data show that usage levels are much higher among smartphone users than they are with tablet users (where only about one quarter of the people use apps daily).

Where they’re spending their time is also interesting.  Well over 40% of all app time spent on smartphones is with a user’s single most used app.  (Facebook takes top honors — of course.)

And if you combine social networking, games and Internet radio, you’ve pretty much covered the waterfront when it comes to app usage.

When you think about it, none of this should come as much surprise.  We’re a mobile society – hourly, daily, monthly and yearly.  It only makes sense that most online time is going to be happening when people are away from their home or their desk, now that it’s so easy to be connected so easily from even the tiniest mobile devices.

And speaking of “easy” … is it really any wonder why people would flock to apps?  It’s less hassle to open up an app for news or information rather than searching individual sites via mobile.  People simply don’t have the patience for that anymore. 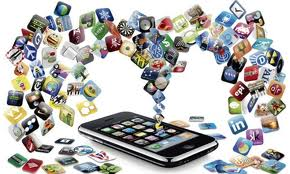 Right after publishing my blog post about the high attrition rates of mobile app usage, I heard from one of my loyal readers about another interesting development on the app front.

Now that there are millions of mobile apps being offered to consumers, it’s becoming much more costly for developers to market new ones to their mobile audiences.

Fiksu, a mobile app marketing firm, reports that the cost to acquire a “loyal app user” – that is, a person who opens an app three or more times – increased by nearly a third in 2012.

This isn’t to say that app downloads have declined as a result.  Quite the contrary:  They achieved record-breaking volume in 2012.  But the growth rate has been slowing, in part due the larger download basis.

As for the implications raising costs and higher competition for the consumer’s attention, Sarah Perez of TechCrunch warns that “… in 2014, we might see more of the newer, younger companies trying darker shades of ‘growth hacking’ as a way to find initial traction.

Here’s an interesting statistic offered up by marketing consultant Rich Meyer:  Three-fourths of mobile apps are deleted within three weeks of being downloaded by their users.

How can the attrition rate be so high?

According to Meyer, it’s because people decide they don’t really have a need for the apps … or they find them too difficult to use and master.

I suspect the percentage may also be so high because marketers fail to query their target audiences prior to developing apps to determine now much of a need it will be satisfying.

… Or to put it another way, to avoid falling into the trap of developing a cure for something that isn’t a disease.

Meyer believes part of the dynamic at work is a knee-jerk “bias for action” as the marketing playing field shifts endlessly.

“It’s called ‘do it’ because everyone else is doing it, and it results in not only bad marketing, but in turned off consumers and customers,” he maintains.

Questions as simple as “What would you like to see in a mobile app?” … or testing an app concept with a sample of potential users before spending the effort and energy to produce it would be good places to start.

Marketers can use the research findings to adjust the proposed design of an app — or to trash it altogether and come up with an alternative one that actually meets a need.

If more companies did this, perhaps the 75% deletion rate for mobile apps would cease to be so flat-out dismal.

How hot is mobile communications these days? Extremely, according to Internet marketing über-specialist Aaron Goldman, who recently cited a number of information factoids to back up his contention:

 There will be ~5 billion mobile devices in use by 2012. That’s the equivalent of ~70% of the world’s entire population.

 Penetration of smartphones has now reached ~38% in the United States … and higher in Europe and Asia.

 Four out of five smartphone users use their phone to shop or research purchases while they’re in the store.

 Even more interestingly, ~43% of mobile Internet usage actually happens at home. Evidently, the desktop being mere steps away isn’t as convenient as whipping out the phone to get the needed information..

 Mobile is clearly making strides in the local market; just under 30% of all mobile search queries are ones with “local intent.” For desktops and laptop PCs, only about half of that proportion are “local.”

And Goldman has another interesting stat to share: Nearly 40% of smartphone users access the Internet while using the lavatory.

Now, when Internet surfing takes over from bathroom reading … that’s proof above all else that mobile has definitely arrived!