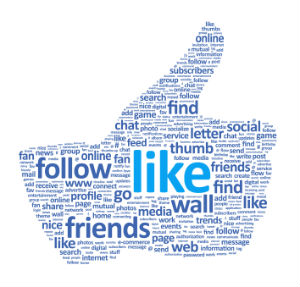 For the many people who use social media on a daily basis, it may seem inconceivable that there are a substantial number of other Americans who aren’t on social media at all.

But that’s the case. The Pew Research Center has been tracking social media usage on an annual basis over the past decade or so, and it finds that about one-third of Americans still aren’t using any social networking sites.

According to Pew’s field research findings, here’s how the percentage of social media involvement has risen in selected years in the decade since. (The figures measure the percentage of Americans age 18 or over who use at least one social networking site.)

In more recent years, the highest growth in social media participation rates has been among older Americans (over the age of 65), ~35% of whom are using social media today compared to just 11% five years ago.

That still pales in comparison to younger Americans (age 18-29), ~90% of whom use social media platforms.

Similarly, there are more similarities than differences among the various racial and ethnic groups that Pew surveys — and the same dynamics are at work when it comes to differing education levels, too.

Regional differences in social media practice continue to persist, however, with rural residents less likely to use social media than suburban residents by a ten-point margin (58% versus 68%). City dwellers fall in between.

More details on Pew’s most recent field research on the topic of social media participation can be accessed here. See if you notice any surprising findings among them.