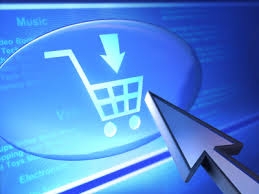 It’s a question many people are asking:  To what extent is the digital revolution fundamentally changing shopping habits?

Its prediction:  just over 10% of total U.S. retail sales will be online purchase in five years’ time.

By comparison, in 2012, e-commerce accounted for about 5% of total U.S. retail spending, so Forrester is projecting a doubling of e-commerce volume.

Forrester also projects that by 2017, ~60% of retail sales in the United States will involve the Internet – either as a direct commercial transaction or as part of buyers’ pre-purchase research on laptops, tablets or smartphones.

The sectors most likely to be influenced by online research are grocery, apparel, home improvement and consumer electronics – no doubt abetted by the ability to access customer reviews and comparison prices during shopping excursions, Forrester reports.

These findings and more are included in Forrester’s report which can be found here (it’s a for-purchase study).