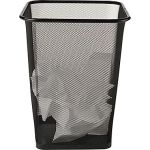 As in every year, 2016 has seen the fall of famous brands; some are young upstarts that flamed out quickly, but others are venerable names that have been with us for decades.

Here are ten of the more notable casualties of the year – albeit a few of them still kicking but for all intents and purposes, going lights-out:

A&P – This brand name goes back 150 years … but eventually even venerable A&P couldn’t survive in the cutthroat grocery market.  Actually, this brand’s been on life support for a while now, but has always managed to scrape by.  No longer.  Albertstons Companies – itself facing big competition in the grocery segment – has purchased the remaining 600 A&P outlets and will re-brand those it keeps open under its Acme brand name.  Nevertheless, at a century and a half it’s been quite a run – one that only a very few other brands can match.

American Apparel – When a once high-flying apparel company has its equally high-flying chief executive fending off salacious reports of secretly recorded sex videos – yes, they’re on the Internet – coupled with spiraling debt levels and plummeting sales, can Chapter 11 be far behind?  You already know the answer.

Office Max – Sales at the big three U.S. office supply chains have struggled for a number of years, but Office Max was the one to fall victim first.  Its merger in 2013 with Office Depot began the brand’s slide, and now the final nail is in the coffin with the merger of Office Depot and Staples.  What’s the rationale for continuing to have three store brands under one company umbrella?  Answer:  No reason at all … which is why the weakest of the three brands is now becoming history.

Olympic Garden – In a development that some might characterize as divine retribution, the Las Vegas “adult” establishment colloquially known as “The OG” couldn’t handle its myriad legal battles even as it continued to attract big crowds.

RadioShack – OK, we still see RadioShack outlets in certain locations around the country – typically in small- to medium-sized markets.  But they’re co-branded locations with Sprint.  The reality is that this nearly 100-year-old brand is fading away; the only question is whether we’ll cease seeing the name in five years or just one or two. 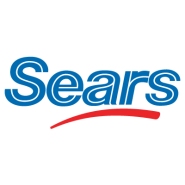 Sears – Another iconic brand name has been struggling mightily in the past decade or so, despite its merger with Kmart.  The company has lost more than $1 billion in each of the past three years.  Now it appears that the Sears name is the one that will disappear as its store locations continue to dwindle – nearly 250 in 2015 and close to another 100 this year.  At that rate, there’ll be none left before long.

SimplyHired – An international job search engine with upwards of 30 million active users that once sparred with the likes of Monster.com, ultimately this HR resource was unable to successfully compete in the space, shutting down in mid-year.

Sports Authority – A cautionary tale of what happens to a big retailer when it fails to keep its operations and product offerings fresh and appealing.  This retailer has been absorbed into Dick’s Sporting Goods, which has been far more nimble – and successful – in the “big box” sporting goods niche.

US Airways – We knew this had to be coming eventually; in 2013, this airlines’ merger with American Airlines was finalized.  Now that its operating systems are fully consolidated, one of the brand names was bound to disappear – and it’s US Airways.  Just like we all knew that Southwest Airlines would eventually consign the AirTran brand name to the dustbin, the same thing is happening with US Airways now.

Vine – In October, Twitter shut down this video-sharing app so it could refocus on its (also struggling) core business.  Vine was definitely a flash-in-the-pan brand – barely a half-decade old.

So, now it’s time say a fond farewell to these brands. For a good many of them, the names may soon disappear, but they won’t be forgotten …

Do you have other 2016 brand casualties you’d add to the list?  Please share your choices with other readers here. 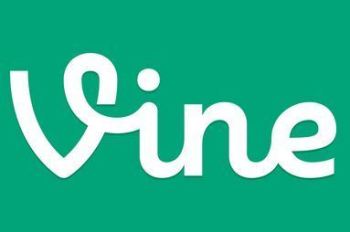 Remember back in 2012 when Twitter introduced its Vine video sharing service?

Back then, observers were positively breathless in their accolades for the service, with some positing that Vine represented some sort of tipping point in the world of instant communications.

A little more than four years later … and as of November 1, Vine has just been shuttered. How is it that such a vaunted social media platform went from de rigeur to rigor mortis in such a short time?

There are several key reasons why.

Time and place: The year 2012 was a perfect time to launch Vine, as it coincided with when many companies and brands were shifting their focus towards video communications.  At the time, short-form video was a novelty, making it a kind of dog whistle in the market.  But Instagram, newly acquired by Facebook, swooped in and made a big splash, too, while Snapchat attracted younger audiences.  What was Vine’s response to these competitor moves?  If there was much of any, no one seems to have noticed.

Competing … with yourself: Strange as it may seem, Twitter itself ended up competing with Vine in 2015, launching its own branded video playback capabilities.  When something like that happens, what’s the purpose of the older brand that’s doing the same thing?  Twitter’s simultaneous foray into live-streaming was a further blow to a brand that simply couldn’t compete with these newer video services introduced by Vine’s very own parent company.

Commercial viability? — What commercial viability? In all its time on the scene, Vine never figured out a way to sell advertising on its network.  It had a good germ of an idea in sponsored content, but never seemed to capitalize on the opportunities that presented, either.

Knowing your audience: From the outset, Vine attracted a fairly unique and crowd of users, such as people involved in the hip-hop music scene.  It was vastly different from the typical user base in social media – and yet Vine never did all that much to support these users.  As a result, there was little brand affinity to keep them close when the next “bright, shiny object” came their way.

In the social media space, the rise and fall of platforms can happen with amazing speed. Unlike some other platforms, Vine was a big hit from the get-go … but perhaps that turned out to be a double-edged sword.  Vine never did figure out a way to “mature” with its audiences – which eventually left it behind.

In the end, Vine went out not with a bang, but with a whimper.