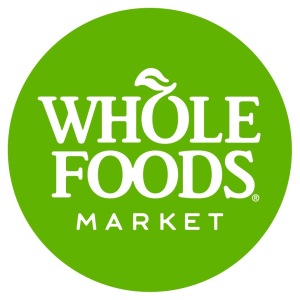 Sales for stores open one year or longer have now declined for the fourth consecutive quarter, and the latest ~2.6% drop is steeper than analysts had been predicting.

Company profits have slid more than 20% since the same time last year.

One bit of good news is that Whole Foods’ total sales have increased by around 2%. It isn’t exactly the double-digit growth experienced up until a couple years ago — but at least it remains a gain.

In a nutshell, the problems faced by Whole Foods, which describes itself as the “World’s Healthiest Grocery Store,” is a maturation of the market for high-end groceries and other foods. In the words of Stephen Tanal, a vice president at Goldman Sachs, as reported by Forbes last week:

“Wellness has gone mass, and it’s not coming back – never again to be relegated to niche specialty retailers serving price-insensitive early adopters.”

In response to the heightened competition, Whole Foods is speeding up implementation of its plans to open a line of smaller outlets called 365 by Whole Foods Market. According to the company, these are “value-driven” locations that feature a streamlined operating model while benefiting from centralized buying and auto-replenishment of inventory.

Reportedly, pilot locations in California and Oregon have been positively received, and a third location will be opening soon in the Seattle suburbs.

Other initiatives being undertaken by the company fall under an umbrella described by co-founder and co-CEO John Mackey as a “back to basics” program including refocusing on the customer experience as well as improved store layouts and wayfinding, signage and the like.

… And lower prices, too, one would presume – if the company is serious about reclaiming the mantle of “good for you” food market leader from Kroger, Wegmans, Redners and other “mainstream” chains that have been encroaching on Whole Foods’ turf.

Will Whole Foods regain the momentum … or continue to be on the defensive?  We’ll see how it plays out in the coming quarters. 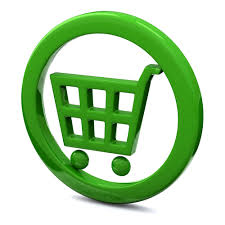 It turns out that one key to the success of marketing so-called “green” products is actually to deemphasize the environmental messaging — at least when targeting consumers in the United States.

According to a number of surveys conducted by branding and marketing communications firm Landor, American consumers value possessing “green” attributes the least valuable of a series of brand attributes studied.

This despite years of social engineers and marketers of environmentally friendly brands attempting to “educate” consumers on environmental consciousness and the importance of sustainability.

At this point, it’s probably better for products to promote themselves based on other attributes besides “green” attributes … or at least to stop leading with that argument.

Instead, what are the values that resonate the most with American consumers?  According to Ted Page, a principal at content marketing firm Captains of Industry, there are three in particular — none of them having much to do with environmental issues — at least on the face of it:

But for green products, it’s possible to tie everything up in a nice bow by being able to lay claim all three of these attributes as brand attributes while not compromising the environment, either. 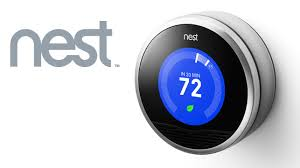 An example of this message strategy in action is the Nest Learning Thermostat, which promises saving energy in the context of achieving increased home efficiency, automated temperature management and lower energy bills.  The “green positioning” is nice — but it’s the other product attributes that really hit pay-dirt.

Another example is Tesla electric automobiles.  Tesla is promoting the performance of its high-torque electric engine as superior to other sports cars manufactured by BMW, Lexus and Audi.

The fact that Tesla’s high-performance engine happens to be emissions-free is just icing on the cake.

Thanks in part to this messaging platform, sales of the Tesla Model S auto now outstrip those of the Mercedes S-Class, Lexus LS, BMW 7-Series, Porsche Panorama and the Audi AB.

One has to wonder if this would had happened had Tesla chose to lead with “green” messaging instead.

It would be nice to think so, but … probably not.

I’ve blogged before about evolving consumer attitudes on “green” products, and the telltale signs that “green fatigue” may be setting in with at least some people.

And now we have survey results that lend additional support to this observation. Harris Interactive conducted an online survey of ~2,350 U.S. adults in November, 2010 – one which is done annually by the polling firm. A comparison between the 2010 and 2009 survey results suggests that fewer Americans are engaging in various green behaviors in their daily lives.

While the year-on-year differences may be slight, the overall trend in participation is down. To illustrate, here are the comparative percentages of respondents who report that they “always” or “often” engage in certain “green” activities:

Are there any areas where the trend is up rather than down? Actually, no. But Harris did find one area of stability: The same percentage of respondents in both years reported “always” or “often” engaging in recycling activities (68%).

What about other environmental activities? Again, the trend lines aren’t going in green’s favor:

In fact, only one of the nearly 20 activities that were surveyed by Harris showed a positive “green” trend for 2010 versus the year prior — and that was switching to paperless statements for personal financial accounts.

In trying to understand what is causing the change in behavior, it’s too simplistic to cite the economic recession. After all, 2010 was a less challenging year on that front compared to 2009, when the economy was really in the dumper.

For clues, we might turn to several other consumer research studies. The 2010 Green Gauge® Study conducted by GfK Roper gives us some possible reasons. That study concluded that there’s a sense of “green fatigue” among U.S. consumers. Clear majorities believe that green products are “too expensive” … while one–third of the people surveyed believe that green products “don’t work as well” as the alternatives.

But a more startling statistic from the GfK Roper study is that nearly 40% of the people surveyed feel that “green products aren’t really better for the environment.”

That shows a pretty skeptical public! And what about the issue of truth in advertising? The newest Green Gap Trend Tracker survey from Cone, just released this month, found that well over half of the ~1,035 adults surveyed do not trust the “green” claims made by products and brands.

Interestingly, even with so much of the consumer participation trending down rather than up, these surveys also found that more people today actually consider themselves to be environmentalists or green/environmentally aware.

So, consumers see themselves as green-friendly … but it’s all in how someone defines the term. As it turns out, it’s a murky definition that has people all over the map when it comes to the actual behavior.

A funny thing’s happening on the way to nirvana in the environmental world. Consumers are balking.

The Wall Street Journal article, written by Stephanie Simon and published in October 2010, focuses on what motivates consumers to “turn green.” Is it the strength of the environmental message? Appealing to our better nature? A feeling of affinity with nature?

Hardly. It turns out it’s good old fashioned guilt. In particular, if people are aware that their colleagues or neighbors are doing a better job than they are on the green scene, they’re more likely to respond to the peer pressure.

Simon references two recent studies to illustrate the point. In the first, a mid-size hotel attempted to promote towel reuse by placing placards in guest rooms. One placard was headlined “Help Save the Environment,” while another one trumpeted, “Join Your Fellow Guests in Helping to Save the Environment.”

Guests who saw the second placard were 25% more likely to reuse their towels. And in a follow-up to the initial experiment, guests who were informed what percent of past guests in their room had reused towels, the compliance rate went even higher.

In the other study, middle-income residential utility customers in San Marcos, CA were given one of four doorknob hangers that promoted the use of fans instead of air conditioning, each touting a different message:

 Hang-tag #1: Save $54 a month on your utility bill!
 Hang-tag #2: Prevent the release of 262 pounds of greenhouse gases per month!
 Hang-tag #3: Conservation: It’s the socially responsible thing to do!
 Hang-tag #4: 77% of your neighbors already use fans instead of air conditioning – it’s your community’s popular choice!

But peer pressure lasts only so long, as the study found that all four groups slipped in their conservation as time went on.

If the Wall Street Journal article poses some interesting perspectives regarding motivational factors, a November 2010 Advertising Age article by Jack Neff claims that a quiet backlash may be growing against green products and green marketing. Neff reports slowing sales in key green categories such as cleaning products and water filtration devices.

Timothy Kenyon, a senior marketing analyst at GfK Roper Consulting and author of the 2010 Green Gauge® study, dubs the slowdown “green fatigue.” But the phenomenon may be more than simply fatigue, because greater numbers of people are exhibiting outright disbelief in claims that up until now have gone essentially unchallenged.

With this degree of environmental skepticism now charting with American consumers, the Advertising Age article suggests several ways for companies to keep green marketing relevant and worthwhile as a message platform:

 Don’t overstate the case – many people already think green products don’t work as well as their conventional counterparts, and they will punish brands that purport to perform better but fail to live up to the claim.

 Promote product benefits that go beyond “green” – green features are really just tie-breakers in the decision to purchase a product, so it’s better to have something else to talk about as well.

The bottom line these days: Green is no longer gold, and consumers have moved well beyond the siren call of “green for green’s sake.”

The novelty has worn off … and the skepticism has set in.