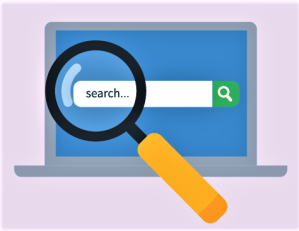 There’s no question that search engines have made the process of gaining knowledge, and researching products and services, extremely easy — often nearly effortless.  The search bots do the work for us, helping us find the answers we’re seeking in the blink of an eye.

So what’s not to love about search?

The thing about search engines is that the algorithms “reward” the purported wisdom of crowds – particularly since there’s more social interaction on websites than ever these days.  It’s one thing for developers to optimize their websites for search – but there’s also the behaviors of those doing the searching and interacting with those same websites and pages.

Whether it’s tracking how much time visitors spend on a page as a proxy for relevance, or how visitors may interact with a page by rating products or services, the bots are continually refining the search results they serve up in an effort to deliver the highest degree of “relevance” to the greatest number of people.

But therein lies the rub.  Popularity and algorithms drive search rankings.  If people confine viewing of search results to just the first page – which is what so many viewers do —  it limits their exposure to what might actually be more valuable information.

Over time, viewers have been “trained” to not to look beyond the first page of online results – and often not beyond the top five entries.  That’s very convenient and time-efficient, but it means that better information, which is sometimes going to be found in the middle of search results rather than at the top, is completely missed.

As we rely more on ever-improving software, it’s tempting to assume that the search algorithms are going to be more and more airtight – and hence more effective than human-powered expertise.

But that isn’t the case – at least not yet.  And a lot of things can slip through the gap that exists between the perception and the reality.

It was the Roman philosopher Seneca who once remarked, “The abundance of books is a distraction.”

Fast-forward 2,000 years … and we’re dealing with the same phenomenon – on steroids.

Jonathan Spira, author of the book Overload: How Too Much Information is Hazardous to your Organization, calculates that “info-inundation” and the productivity inefficiencies that emanate from it costs the U.S. economy around $1 trillion per year.

But how can anyone combat the information explosion and not risk missing out on something important? After all, no one wants to be left behind when it comes to “knowing what needs to be known.”

But there are some small things you can do to help control your information environment. Spira and others suggest a few tips:

A related issue is whether “too much” information actually hinders good decision-making. That possibility was studied by psychologists at Princeton University and Stanford University more than a dozen years ago in research that seems even more pertinent and consequential today.

The researchers studied two groups of people. Each group was presented the same set-up: A person with a well-paying job and a solid credit history is applying for a bank loan. The issue facing the two groups is whether to reject the loan application because a background check has uncovered the fact that for the past three months the loan applicant has not paid on a debt to his charge card account.

Group A was informed that the amount of the card account charge was $5,000 … while Group B was told that the amount was either $5,000 or $25,000. Participants could decide to approve or reject the application immediately, or they could hold off making their decision until more information was available.

It was later revealed to Group B participants that the applicant’s debt was only $5,000 rather than $25,000. So eventually both sets of participants had the same information upon which to make their decision.

The experiment’s findings, published in a report titled On the Pursuit and Misuse of Useless Information, revealed the interesting final result: In what clearly should be a cut-and-dried decision to reject the loan application, more than 70% of Group 1 participants dutifully did just that. They rejected the loan application, properly protecting the bank from undue financial risk.

Group 2? Only about 20% rejected the application.

The Princeton/Stanford study concluded that even though both groups possessed the same exact information, Group 2 revealed an intriguing blind spot when it comes to the way many people make decisions: They’re passionately interested in filling information gaps.

But the compulsion to seek out the added information can actually lead people to delay making decisions for too long … or ultimately to make the wrong one.

Making the siren call of info-inundation all the more dangerous, the explosion of information that’s at our fingertips thanks to the Internet means there’s always “one more report” … ” one more evaluation” … “one more perspective” to seek out and consider.

It’s the seduction of data … where sometimes “more” can be “less.”