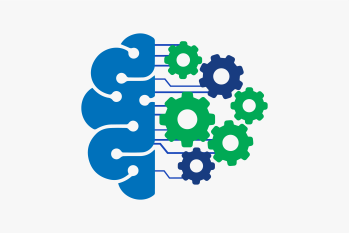 Artificial intelligence and machine learning are two phrases that have become regular currency in the marketing world over the past several years. It isn’t hard to figure out why, as both AI and machine learning have the potential to help marketers make sense of the ever-increasing volume (and complexity) of raw data that’s become available in increasing amounts, thanks to the digitization of “everything.”

Some people use the two terms interchangeably, but that isn’t exactly right. According to Thorin McGee, director of content at Fast Capital 360, the distinction is subtle yet significant:

Put the two together, and you have the ability to gain some really deep insights into what your data is actually telling you, thereby improving decision-making success.

On the data front, this great potential is tempered by some significant challenges. Christopher Penn, chief innovation officer of marketing data and analytics consulting firm Trust Insights, characterizes them as the “5 V’s” of data:

If getting your arms around data seems like trying to hug a stream of water, you aren’t alone in thinking that. Many companies are pretty adept at using data to identify what happened — and maybe even to diagnose problems and why they happened.  But it’s less easy to predict what will happen based on data … and even harder to use data to determine with confidence what should happen.

The biggest challenge — but also the one with the biggest potential payoff — is tapping machine learning to process and use data in forging future business as you wish it to be.

To date, very few companies have come all that close to becoming AI-powered enterprises. But it’s where we’re headed in the coming decade.  It represents one of the biggest opportunities for differentiating one company from another.  But it will require a disciplined and concerted effort:  talent acquisition (developers and data scientists), tapping outside vendors, along with taking available open-source code and building upon that to implement the appropriate marketing technologies.

Oh, and committing to a multi-year initiative and budget even after all of those other pieces are in place.

Surveying the current landscape, are there particular entities that you see as on the leading edge in applying AI and machine learning to their marketing endeavors? Please share your observations with other readers. 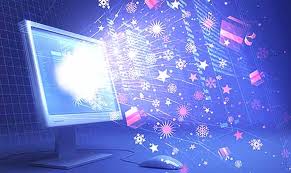 It was the Roman philosopher Seneca who once remarked, “The abundance of books is a distraction.”

Fast-forward 2,000 years … and we’re dealing with the same phenomenon – on steroids.

Jonathan Spira, author of the book Overload: How Too Much Information is Hazardous to your Organization, calculates that “info-inundation” and the productivity inefficiencies that emanate from it costs the U.S. economy around $1 trillion per year.

But how can anyone combat the information explosion and not risk missing out on something important? After all, no one wants to be left behind when it comes to “knowing what needs to be known.”

But there are some small things you can do to help control your information environment. Spira and others suggest a few tips:

A related issue is whether “too much” information actually hinders good decision-making. That possibility was studied by psychologists at Princeton University and Stanford University more than a dozen years ago in research that seems even more pertinent and consequential today.

The researchers studied two groups of people. Each group was presented the same set-up: A person with a well-paying job and a solid credit history is applying for a bank loan. The issue facing the two groups is whether to reject the loan application because a background check has uncovered the fact that for the past three months the loan applicant has not paid on a debt to his charge card account.

Group A was informed that the amount of the card account charge was $5,000 … while Group B was told that the amount was either $5,000 or $25,000. Participants could decide to approve or reject the application immediately, or they could hold off making their decision until more information was available.

It was later revealed to Group B participants that the applicant’s debt was only $5,000 rather than $25,000. So eventually both sets of participants had the same information upon which to make their decision.

The experiment’s findings, published in a report titled On the Pursuit and Misuse of Useless Information, revealed the interesting final result: In what clearly should be a cut-and-dried decision to reject the loan application, more than 70% of Group 1 participants dutifully did just that. They rejected the loan application, properly protecting the bank from undue financial risk.

Group 2? Only about 20% rejected the application.

The Princeton/Stanford study concluded that even though both groups possessed the same exact information, Group 2 revealed an intriguing blind spot when it comes to the way many people make decisions: They’re passionately interested in filling information gaps.

But the compulsion to seek out the added information can actually lead people to delay making decisions for too long … or ultimately to make the wrong one.

Making the siren call of info-inundation all the more dangerous, the explosion of information that’s at our fingertips thanks to the Internet means there’s always “one more report” … ” one more evaluation” … “one more perspective” to seek out and consider.

It’s the seduction of data … where sometimes “more” can be “less.”