Skip to content
HomeIs Mobile Fraud Getting Set to Balloon? 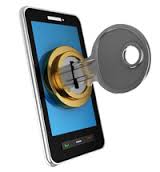 Mobile commerce is the latest big development in e-commerce.  So it’s not surprising that nearly all companies engaged in e-commerce expect their mobile sales revenues to grow significantly over the next three to five years.

In fact, a new survey of ~250 such organizations conducted by IT services firm J. Gold Associates, Inc. finds that half of them anticipate their mobile revenue growth to be between 10% and 50% over the next three years.

Another 30% of the companies surveyed expect even bigger growth:  between 50% and 100% over the period.

So … how could there be any sort of negative aspect to this news?

Fraud in e-commerce is already with us, of course.  For mobile purchases made now, a third of the organizations surveyed by Gold Associates reported that fraud losses account for about 5% of their total mobile-generated revenues.

For an unlucky 15% of respondents, fraud makes up around 10% of their mobile revenues.

And for an even more miserable 15%, the fraud losses are a whopping 25% of their total mobile revenues.

Risk management firm LexisNexis Risk Solutions has also been crunching the numbers on e-commerce fraud.  It’s found that mobile fraud grew at a 70% rate between 2013 and 2014.

That’s a disproportionately high rate, as it turns out, because mobile commerce makes up ~21% of all fraudulent transactions tracked by LexisNexis, even though mobile makes up only ~14% of all e-commerce transactions.

The propensity for fraud to happen in mobile commerce is likely related to the dynamics of mobile communications.  Unlike desktops, laptops and tablets, “throwaway” phone devices are a fact of life, as are the plethora of carriers — some of them distinctly less reputable than others. 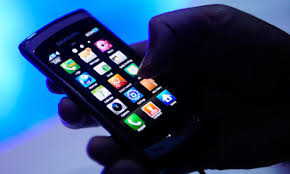 Considering the growth trajectory of mobile e-commerce, doubtless there will be efforts to rein in the incidence of fraud – particularly via analyzing the composition and source of cellphone data.

Some of the data attributes that are and will continue to be the subject of real-time scrutiny include the following “red flags”:

>   A phone number being assigned to non-contracted carrier instead of a contracted one means the propensity for fraud is higher.

>   Mobile traffic derived from subprime offers could be a fraud breeding-ground.

>   Multiple cellphones (five or more) associated with the same physical address can be a strong indicator of throwaway phones and fraudulent activity.

The question is whether this degree of monitoring will be sufficient to keep the incidence of mobile fraud from “exploding” – to use Gold Associates’ dramatic adjective.

I think the jury’s out on that one … but what do you think?