Humans are creatures of habit. Even little kids gravitate towards the “patterns” of daily life such as bedtime rituals.

These forces are what make it so challenging for companies and brands to introduce changes that go against habit.

We’ve seen this play out recently in two segments of the travel industry: airlines and hotels.

Challenging in both cases … but the changes in one are being accepted, while summarily rejected in the other. 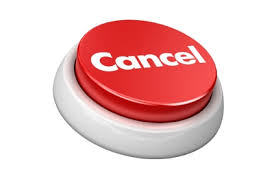 Let’s start with the initiative that’s flamed out. This past November, Hilton Worldwide launched a pilot at a number of its hotel properties where it began charging guests a penalty of $50 if a reservation needed to be canceled any time after booking.

The rationale for the initiative was the notion that hotels should join the rest of the world when it comes to the way its products are sold. After all, for most any product, once someone purchases it they’ve committed to buy it.

Not so with hotel reservations, where über-flexible cancellation policies have been the modus operandi seemingly forever.

The way that some in the industry see it, the practice of hoteliers tying up inventory at no cost or penalty seems illogical.

It’s why some chains have introduced stricter 24-hour policies wherein the first night room cost is charged to customers who fail to cancel before midnight the day before their arrival, instead of the afternoon of their planned arrival.

So much so, Hilton canned the policy less than three months in.

Putting the best spin on things, CEO Christopher Nassetta remarked that Hilton “did get some nuanced intelligence out of the experience.”

Perhaps that intelligence was not quite as nuanced as Nassetta infers! At the bottom of this customer fail is a fundamental axiom:  If you mess with time-honored practices that people have come to expect as the normal course of business, you do so at the risk of major blowback.

But we have another recent developing in the hospitality industry that points to a different result. In this case, it’s in the passenger airline segment. 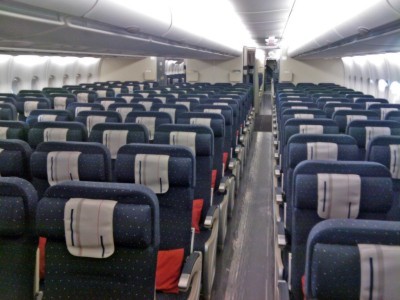 Delta and a few other airlines have been successfully rolling out a new class of travel euphemistically called “basic economy” or “super economy” class.

[Others call it “economy minus” or “last class” air travel.]

Essentially, what the airlines are now offering are the lowest available airfares that will get travelers to their place of destination – and that’s it. All of the basic amenities available to traditional coach class travelers are missing.

If one chooses to travel “super economy,” here’s what’s in store for them:

For giving up all of this, customers are being quoted prices for air travel that are so low, they rival ground transportation rates.

But for travelers who don’t have to worry about changes in their travel plans … don’t care about in-flight comforts … or don’t travel frequently and therefore find frequent flier programs irrelevant to their personal situation, the tradeoffs appear to be worth it.

Because the passenger airlines need to make physical adjustments to their planes in order to offer “super economy” class, a lot is riding on the consumers’ acceptance of these tradeoffs. So far, Delta Airlines has found sufficient success with its pilot program to plan for its expansion.  And United and American are now getting ready to offer their own programs.

The key difference between the airline and hotel pilots boils down to providing a price incentive.

Even with time-honored or habitual practices, if you make it financially lucrative enough, you’ll get the behavior changes you’re seeking. Bottom-line, that’s the bottom line.

Speaking personally, seeing as how I feel strapped for space on airline flights already, I doubt I’ll be traveling “super economy” class anytime soon, except perhaps on very short hauls.

But I know for a fact that I’ll never book a room that’s subject to a cancellation fee.

When it comes to customer loyalty programs, here’s a sobering statistic: Only about 15% of consumers redeem loyalty rewards.

This finding comes from a report by Forrester Research, based on results from an in-depth survey it conducted last fall of 50 member companies of Loyalty360, a major loyalty marketing association.

What Forrester found is that fewer than half of the surveyed companies’ customers are enrolled in their loyalty programs. And of those customers, only about 35% of them are actually redeeming their loyalty awards.

At first blush, the paltry participation makes one wonder what all the fuss is about when it comes to loyalty marketing.  But more than half of the companies surveyed by Forrester reported that they view their loyalty program as a strategic priority, not merely a marketing afterthought..

Clearly, there seems to be a bit of a “disconnect” between those lofty aims and the not-so-airborne reality. The question is how companies can encourage greater participation in their loyalty programs, thereby using them to improve consumer brand loyalty in addition to retaining customers over time.

1. Use advances in analytics to act on customer insights, rather than just relying on the purchase transactional history of loyalty program members.

2. Balance the “reward mix” with personalized offers that present rewards program customers with unique experiences that are different from simply offering “more of the same.” (In many cases, offering discounts on more of the same merchandise a customer has already purchased won’t qualify as anything particularly special.)

3. Break out from the traditional e-mail/web portal/call center communication vehicles to embrace more social media channels featuring two-way interaction. (Surprisingly, only about half of Forrester’s survey respondents reported that social media is an important part of their loyalty programs’ methods of communication.)

Speaking personally, I’m not particularly surprised at the relatively low engagement levels reported in this study. Many companies and brands have reached out to me over the years with offers to join loyalty programs, using various incentives – often purchase discounts or sign-on points as an incentive for joining.

For me, it’s a matter of “time” and “mindshare” as to which of these programs qualify for my participation. If a brand isn’t that important to me in terms of how I live my daily life, it – and its loyalty program – isn’t ever going to be big on my radar screen.

I suspect there are quite a few other consumers like me. But if you have different take, leave a comment and share your perspective with other readers.