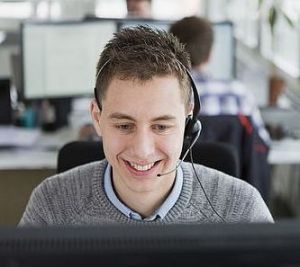 In a classic case of marrying tech with traditional marketing, digital channels are driving more calls to businesses than ever before.

What’s more, digital channels are now responsible for nine out of ten phone calls made to companies as a result of promotional efforts using the ten most popular marketing channels.

These findings come from the 2016 Call Intelligence Index published by Invoca, a phone call tracking and analytics firm that evaluates phone call activity across 40 industry segments.

According to Invoca’s analysis, the biggest single source of phone queries is mobile search — representing nearly half of all phone call volume. But the next five channels that follow in line are all digital as well, as can be seen in this list:

Comparing the 2016 results against a similar analysis conducted by Invoca in 2014, digital marketing channels have continued to rise in prominence — from representing 84% of the total phone call activity to 91% today.

The Invoca research also finds that phone calls are supplementing digital interactions, which is the result of consumers shifting between various different digital channels as they go about their research — often employing several different ones during the same mission task.

One of the biggest jumps in digital channel usage is in the automotive segment, where it’s clear that a big shift is underway from offline to digital channels — particularly mobile. The automotive industry experienced nearly a 120% increase in digital sources driving phone calls in the current Invoca research compared to the previous one.

So there’s no question that digital now “rules” when it comes to marketing channels. But far from causing the demise of a traditional channel like a phone call — as some people predicted not so long ago — digital channels have simply changed where the consumer might be just prior to heading for the (smart)phone.