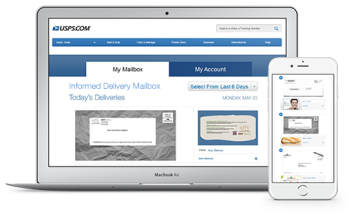 Earlier this year, the U.S. Postal Service decided to get into the business of e-mail. But the effort is seemingly a day late and a dollar short.

Here’s how the scheme works: Via sending an e-mail with scanned images, the USPS will notify a customer of the postal mail that will be delivered that day.

It’s called Informed Delivery, and it’s being offered as a free service.

Exactly what is this intended to accomplish?

It isn’t as if receiving an e-mail notification of postal mail that’s going to be delivered within hours is particularly valuable.  If the information were that time-sensitive, why not receive the actual original item via e-mail to begin with?  That would have saved the sender 49 cents on the front end as well.

So the notion that this service would somehow stem the tide of mass migration to e-mail communications seems pretty far-fetched.

And here’s another thing: The USPS is offering the service free of charge – so it isn’t even going to reap any monetary income to recoup the cost of running the program.

Actually, I can think of one constituency that might benefit from Informed Delivery – rural residents who aren’t on regular delivery routes and who must travel a distance to pick up their mail at a post office. For those customers, I can see how they might choose to forgo a trip to town if the day’s mail isn’t anything to write home about — if you’ll pardon the expression.

But what portion of the population is made up of people like that? I’m not sure, but it’s likely far fewer than 5%.

And because the USPS is a quasi-governmental entity, it’s compelled to offer the same services to everyone.  So even the notion of offering Informed Delivery as “niche product” to just certain people isn’t relevant.

I guess the USPS deserves fair dues just for trying to come up with new ways to be relevant in the changing communications world. But it’s very difficult to come up with anything worthwhile when the entire foundation of the USPS’s mission has so been eroded over the past generation.

The latest financial results for the U.S. Postal Service are in, and they’re a continuation of the same old story line: Tons of red ink and fingers pointing in every direction.

The USPS posted a net loss of $3.9 billion for FY 2009, “only” $1.1 billion worse than the previous year. And that’s even after receiving a $4 billion deferment on paying an annual $5.4 million obligation to pre-fund healthcare premiums for its retirees.

Not surprisingly, total postal revenues were down about 10% to ~$68 billion, not only because of the economic downturn but also because of the continuing shift to digital communications. Total physical mail volume declined ~13% to around 177 billion pieces.

Given the sorry financial stats, one would assume that the USPS would be moving forward in all haste with its plans to shutter as many as 10% of its post offices and branches around the country.

But if you thought that … you would be wrong. What started out as a potential closure listing of ~3,200 stations (the impressively named Station & Branch Optimization Initiative) quickly became ~700 stations and branches that were actually slated to close. Then that figure was trimmed to just over 400. And now we have word that the closure figure is down to ~370.

Given more time, the number of closures may well slip even further … and at some point the whole exercise becomes completely meaningless as cost-cutting endeavor.

And then there are the persistent rumors that mail delivery will be cut back to five days from six. But that never seems to be anything more than just an idle threat.

Welcome to the wonderful world of government agencies: Stultifying bureaucratic procedures that are near-Byzantine in their complexity, coupled with reacting to every conceivable interest group while being too timid to make any hard choices at all when it comes to managing their operations like any business in private industry must do.

Anyone for government-managed healthcare?