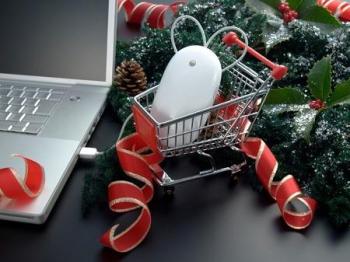 One of the neat aspects of online shopping is the ability to learn about consumer behaviors almost in real-time. No waiting around for published reports that are released months after the fact.

Moreover, we can know quite a bit more than simply gross sales figures, including traffic stats.

In fact, we already have extensive information available about consumer online shopping activities in the 2016 holiday season, thanks to data released by firms such as Connexity’s Hitwise division, which measures consumer behaviors across desktop, tablet and smartphone devices.

From Hitwise, we know that its Top 500 retail websites received more than 335 million visits on Thanksgiving Day alone. That averages out to just under 14 million visits per hour … but the time period of 8 pm to 11 pm had more than 50% greater traffic compared to the hourly average for the day.

Amazon.com was among the retailers receiving extensive traffic volume from 8 pm onward – in its case ~25% of its total traffic on Thanksgiving came in those final four hours of the day.

One supposes that after the “big meal,” the “big game” and the “big cleanup,” consumers decided cap off the day by plunking down at their computers or smartphones for some heavy-duty online shopping.

Hitwise found that Black Friday online shopping dynamics were different, with the top retail sites being busiest in the late morning hours, when site visits were around half again larger than Black Friday’s daily hourly average.

As for Cyber Monday, Hitwise found that consumer online shopping dynamics weren’t very much different from any other typical Monday – except that the overall volume (nearly 330 million visits) was substantially higher than the typical Monday volume of ~200 million visits. That, and a slightly greater-than-average share of online shopping happening in the early morning hours of 6, 7 and 8 am.

As for the persistent belief that Cyber Monday has more people shopping online during their time in the office, Hitwise is not seeing that phenomenon any longer.

Again, not very surprising in that more consumers have 24/7 access to digital devices in 2016 than they did ten or even just five years ago.

The Hitwise report for 2016 includes extensive findings not just on hourly shopping patterns, but also on product searches and key traffic drivers for the major online shopping websites. More data can be found on the Connexity/Hitwise website.