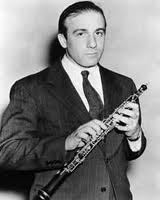 This past week the music industry lost an interesting personality when Mitch Miller died at age 99. While not well-known to today’s audiences, to people “of a certain age” (myself included), Mitch Miller was a pretty major figure in the world of music. He led a very interesting life that reflected the very best tradition of “making it” in the industry from the ground up.

Mitch Miller’s musical journey, like so many others of his generation, started with the obligatory piano lessons – that familiar trapping of middle-class upbringing for youngsters in the early years of the 20th century. In Miller’s case, a few lessons taught by a piano instructor with a horrific case of chronic bad breath was all it took to inspire the young man to look for another alternative – any alternative.

Upon learning that George Eastman, the founder of Eastman Kodak Company and a major figure in arts philanthropy (he provided the seed money to found the famed Eastman School of Music, now part of the University of Rochester) was donating a vast collection of musical instruments to be used by schoolchildren, Miller took quick advantage of the opportunity. But instead of being able to select a shiny trumpet or trombone as he had hoped, he discovered that the only instruments left to choose from were the lowly woodwinds.

Deciding on the oboe was a critical event in Miller’s musical development. It turned out that he excelled in playing the instrument, subsequently earning enrollment in the Eastman School in his hometown of Rochester, NY. A singular talent, he graduated from Eastman to perform in symphony orchestras under legendary conductors like Arturo Toscanini, Sir Thomas Beecham and Artur Rodzinski.

Miller also moonlighted by playing in the Columbia Symphony Orchestra in New York City – a studio ensemble – where he caught the eye of several CBS producers who commissioned Miller to compose arrangements of popular songs. Thus began Miller’s transition from classical to pop music.

Miller’s fame grew exponentially when he began a series of albums featuring an all-male chorus titled Sing Along with Mitch. The first album was released in 1958 and went on to sell more than 8 million copies. The series would eventually total some 19 LP recordings.

A companion television program broadcast between 1961 and 1966 became popular with millions of viewers across the country – that’s where the famous “follow the bouncing ball” originated. Critics may have sniffed at Miller’s saccharine or schlocky arrangements of the Great American Songbook, but the record-buying public loved them.

In addition to his highly successful career as a performing artist, Mitch Miller also worked behind the scenes, helping to produce the record albums of famous pop artists. One such artist was Rosemary Clooney … another was Jimmy Boyd (whose song I Saw Mommy Kissing Santa Claus sold over 2 million copies) … and Miller also produced the first record album for Aretha Franklin, effectively launching her star career.

Another famous singer Miller worked with was Johnny Mathis, whose albums he produced for many years. One time, Miller and Mathis discovered they needed to fulfill a recording contract by producing “one more” album – only to realize that they had precious little new material to record.

In yet another move that turned out to be fortuitous, Miller came up with the idea of releasing a Mathis “greatest hits” album consisting of nothing but already-released material. This album sold millions of copies, and sparked a whole new genre of “greatest hits” releases that would become a common practice for all the other popular artists of the day.

It’s no wonder the singer Tony Bennett has called Mitch Miller “perhaps the single most influential producer in the history of recording.” The music industry agreed, honoring him with a Grammy lifetime achievement award in 2000.

With Mitch Miller’s passing, there are few performers left from the golden age of American popular music in the “easy listening” genre. A few artists such as K.D. Lang and Harry Connick, Jr. are carrying on the tradition, but it’s a pretty safe bet we’ll never again see the likes of a Mitch Miller.