Skip to content
HomeFake online product reviews: How pervasive are they? 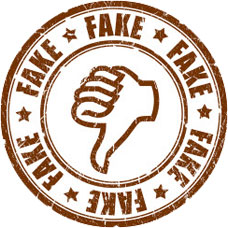 It could be that the comments you’re reading are bogus – or at least not based on the reviewer’s first-hand experience.

An online survey of nearly 1,200 U.S. adults age 18 and older, conducted by marketing research firm YouGov in January 2014, found that more than one in five respondents admitted to having posted online reviews about products or services they hadn’t actually bought or used.

Why do people post reviews or comments on products and services they haven’t tried?  Here’s what the survey respondents reported:

These stats might suggest that there are more “negative” reviews being posted online than what reflects the actual experience with the product or service.

But the YouGov survey also found that far more people leave good reviews than bad ones:

What drives someone to leave a bad review?  The #1 reason is obvious … but the #2 reason might surprise you.  And the #3 reason is just mercenary:

The veracity of online reviews is important because the vast majority of adult consumers check them before deciding to purchase a product or service.

This YouGov survey is no different:  It found that ~79% consult reviews at least sometimes … and ~26% reported that they “always” check reviews before buying a product or service.

In that case, a judge ordered Yelp to reveal the identities of the seven “anonymous” reviewers — who I’m sure never thought their “unidentified antics” would ultimately be revealed for all the world to see.

It may just be that posting a “faux” review has now become a little riskier.

People may think twice now before engaging in their little mischief.  I’m sure most of them can think of a lot better things to do than to be hauled into court for an alleged infraction like that — or at the very least, having their name brought into the legal proceedings.

2 thoughts on “Fake online product reviews: How pervasive are they?”