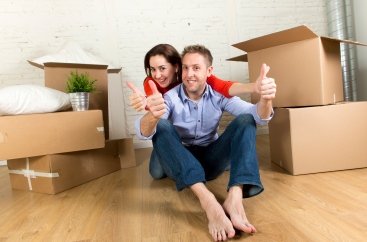 During the “great recession” that began in 2008, the United States saw an interruption in a decades-long pattern of more Americans moving away from states in the Midwest and Northeast than moving in, while more moved to states in the South and West.

The break in this pattern was good news for those who had bemoaned the loss of political clout based on the relative changes in state population.

To wit:  In the four census periods between the 1960s and the 2000s, the 11 Northeast states plus DC saw their Electoral College percentage plummet by 15 percentage points, so that today they represent barely 20% of the electoral votes required to elect the U.S. president, with s similar lack of clout in the House of Representatives.

For the 12 Midwestern states, the trends haven’t been much better.

But for a few years at least, states in the Midwest and Northeast stopped shedding quite so many of their residents to the Southern and Western regions of the country.

The question was, would it last?  Now we know the answer:  Nope.

Instead, new census data is showing a return to familiar patterns.  In the past few years, the states with the largest net in-migration of people are these predictable ones in the Sunbelt region:

By comparison, woebegone Illinois, beset by state fiscal crises, a mountain of over-bloated state pension obligations and a crumbling infrastructure that causes some people major-league heartburn on a daily basis, experienced a net loss of more than 100,000 people.

This map, courtesy of The Washington Post, pretty much says it all:

There is one glaring difference today compared to previous decades. Back then, California was always at or near the top in terms of positive net in-migration from other states.  That’s all different now – as California is a state with one of the largest net losses.

What’s particularly telling is that California, which used to share many of the characteristics of other Sunbelt and Western states, now seems much more in line with the Northeast and Industrial Midwest when it comes to fundamental factors like state personal and corporate tax rates, real estate prices, environmental regulations, employment dynamics, unionization rates, and the size of public payrolls as a share of the total labor force.

Based on the entrenched and intractable socio-political dynamics at work, don’t look for the migration patterns to change anytime soon.

What are your own personal perspectives, based on where you live?