Whether it’s defaulting to preparing the same half-dozen dinner recipes, always taking the same travel route, or preferring traditional hyms and liturgy at religious services, humans tend to be creatures of habit.

Of course, there will always be the minority who revel in being the first to try out novel communications technologies … adopt the newest fashions … or take advantage of the latest investment schemes.

But most people would prefer to hold back and let someone else take the plunge first.

That’s precisely where things stand at the moment with the Bitcoin alternative currency.  The “virtual currency” has been around long enough so that it’s now getting coverage in the “popular” press … and there are even a few folks who have begun using it as an alternative to established currencies.

Indeed, for the past year now, a few national retailers and chain foodservice establishments have been accepting payments in Bitcoin currency.

But a just-released survey that queried consumer attitudes about the new-fangled currency – referred to as a “crypto-currency” by some – underscores how steep a climb the Bitcoin has before it can ever be considered a viable alternative to the Dollar or other established currencies.

TheStreet, a digital financial media company, commissioned the survey which was conducted in January 2014 by GfK Custom Research North America’s OMNITEL unit  A total of 1,005 telephone surveys were conducted with Americans age 18 or older.

Let’s start out with the most basic finding from the survey:  Three out of four respondents aren’t even familiar with the Bitcoin term.

So right off the bat, that’s a major hurdle.  The Bitcoin may have been the subject of numerous press stories and broadcast reports, but the news hasn’t seeped into the larger market consciousness to any great extent. 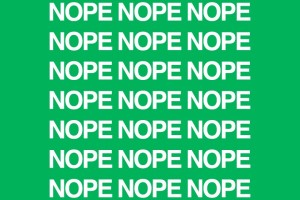 Next … even after the concept of the Bitcoin was described to them, the survey respondents remained distinctly chilly to the idea:

Did the survey uncover different attitudes based on the age of the respondents?  Yes – to a degree:

The main takeaway from the GfK/OMNITEL research?  Bitcoin proponents are going to have to keep plugging away for a good long time before positive public perceptions of an alternative currency take hold — including needing to focus on the most basic educational elements.

Considering the level of financial literacy out there … good luck with that effort.

If any readers have ever used Bitcoin as a currency and would care to comment on their experience pro or con, please share your thoughts here.