Skip to content
HomeSalon takes another crack at generating revenue from viewers.

But will the results be any different this time around? 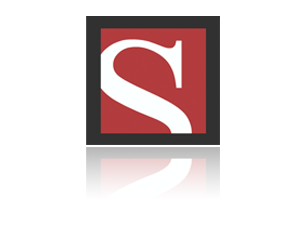 Since the emergence of digital magazines, salon.com has been the poster child for experimentation on figuring out the best ways for news and opinion publications to make money.

It hasn’t been an easy journey. Over a period of 15+ years, Salon has tried various different approaches – with never more than middling success.

Salon was one of the very first publications to erect a paywall for content, way back in 2001.  Over the ensuring eight years, it tried several different paywall programs before dropping the paywall plan entirely in 2009.

At its height, Salon had attracted nearly 90,000 subscribers, each paying around $30 per year.  But that represented less than $3 million in annual subscription revenues.  Those paltry numbers were one reason why the subscription model was dropped by the publisher.

The fundamental challenge – the same one faced by so many other digital news sites – is whether people think a publication is worth paying “real money” to access when so much alternative content is available online free of charge.

Even with free access, Salon’s unique users have slipped in their totals so that in some months, they’ve barely exceeded 1 million users.  Compare that to the average monthly traffic of 9 million that the publication was experiencing as late as 2016.

The user statistics for Salon do point to a certain measure of brand loyalty, with nearly 40% of the site’s desktop traffic being direct (the other key sources of traffic are search and social channels).  But even with Salon’s level of brand loyalty, it remains a difficult slog.  As Rob Ristagno, CEO of media technology consultancy Sterling Woods Group, puts it:

“If you can’t prove to me that your content is better than anything I can get [for free] on YouTube or through a Google search, you should probably find a new business.”

But hope springs eternal, and Salon is now trying to go back to the revenue-producing well by offering ad-free options.  It’s now launched a feature that allows visitors to try out an ad-free version of the site over small windows of time – as little as an hour of viewing for 50 cents.

Other viewers can sign up for larger blocks of ad-free reading — all the way up to a year’s supply of ad-free viewing for a flat rate of $99.

In 2019, Salon also plans to return to putting some content behind a paywall, in a two-pronged effort to drive more readership toward paying for the information they see and consume on the site, while diversifying away from the programmatic ad revenue model that’s been driving most of Salon’s business of late.

One of the reasons the company predicts success in this latest endeavor is due to heightened consumer awareness of user tracking. Here’s what Salon Media Group’s CEO, Jordan Hoffner, has noted:

“I believe you’re going to see a shift in consumer demand around tracking-free [sites]. I just think that with everything that’s gone on in the industry over the last two years, I believe that people are tired of being followed.”

That sounds more like a wing and a prayer – especially when we learn that Salon‘s ad-free testing has reportedly received only “hundreds” of viewer signups so far.

In the coming months, we’ll see if Salon’s latest gambit is working. But why should we expect this foray to be any different?  True, there is heightened consumer awareness of viewing tracking … but I have my doubts as to whether very many people will be prompted to pay for web content as a result.

How about you – do you feel differently? Let us know your thoughts.

One thought on “Salon takes another crack at generating revenue from viewers.”