Skip to content
HomeChina’s controversial product supplier pledge: An “on the ground” view from the Far East.

The business world is abuzz about the latest moves by China to regulate the behavior of U.S. and other foreign companies that choose to do business in that country.  What’s the real skinny? 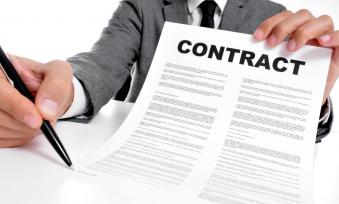 While much of the reporting and commentary has been decidedly scant on details, we can actually take a look at the official document that contains the various provisos the Chinese government is intending to impose on foreign companies.

Our company agrees to strictly adhere to the two key principles of “not harming national security and not harming consumer rights” and hereby promises to:

#1.  Respect the user’s right to know. To clearly advise users of the scope, purpose, quantity, storage location, etc. of information collected about the user; and to use clear and easy-to-understand language in the user agreement regarding policies and details of protecting user security and privacy.

#2.  Respect the user’s right to control. To permit the user to determine the scope of information that is collected and products and systems that are controlled; to collect user information only after openly obtaining user permission, and to use collected user information to [sic] the authorized purposes only.

#3.  Respect the user’s right to choice. To allow the user to agree, reject or withdraw agreement for collection of user information; to permit the user to choose to install or uninstall non-essential components; to not restrict user selection of other products and services.

#4.  Guarantee product safety and trustworthiness. To use effective measures to ensure the security and trustworthiness of products during the design, development, production, delivery and maintenance processes; to provide timely notice and fixes upon discovery of security vulnerabilities; to not install any hidden functionalities or operations the user is unaware of [sic] within the product.

#5.  Guarantee the security of user information. To employ effective measures to guarantee that any user information that is collected or processed isn’t illegally altered, leaked, or used; to not transfer, store or process any sensitive user information collected within the China market outside China’s borders without express permission of the user or approval from relevant authorities.

Often with China, there are “official” pronouncements … and then there’s what’s “really” going on behind the curtain.

So to find out the real skinny, I decided to ask my brother, Nelson Nones, who has lived and worked in East Asia for years.  Since Nelson’s business activities take him to China and all of the other key Asian economies on a regular basis, I figured that his perspectives would be well-grounded and worth hearing.  Here’s Nelson’s take:

Points 1 through 3 are fundamentally no different from the provisions of personal data protection laws already on the books in the 27 member states of the European Union, plus Australia, Hong Kong, Iceland, India, Japan, South Korea, Liechtenstein, Macau, Malaysia, New Zealand, Norway, Singapore, the Philippines, Taiwan and some U.S. states.  Nor do they materially differ from privacy policy best practices — so I would not see these as particularly onerous or unreasonable.

The key difference is that these points are not enshrined in law in Mainland China, so compliance is voluntary at the moment (as it was in Singapore until 2013) – presumably binding on only those companies that sign this declaration.

Point 4 doesn’t generally fall within the scope of existing personal data protection laws, but in my view its provisions fall well within the QA and warranty commitments that any legitimate technology company should be prepared to make in today’s competitive environment.

The legislation and regulations I’ve reviewed in this realm provide very explicit (and varied) definitions of these entities. Unlike China’s Declaration of Commitment, for instance, the E.U. Data Protection Directive allows “data controllers” or “data processors” to transfer user data outside the E.U., as long as the country where the data is transferred protects the rights of “data subjects” as much as the E.U.

It also defines which “data controllers” and “data processors” must comply with E.U. law, based on whether or not they store or process personal information with the E.U., or operate within the E.U. (regardless of where the data is actually stored or processed).

The requirement to keep sensitive user information within China’s borders, in the absence of permission from users or “relevant authorities” to transfer, store or process it elsewhere, could also be seen as an attempt by the Chinese government to enlist the help of American technology companies in circumventing the U.S. government’s ongoing Internet data-gathering programs.

If this attempt succeeds, it might further enhance the appeal of American technology products to discerning Chinese users.

Point 6 is garnering the most headlines in the West because of the implied threat that cooperating with “third-party institutions for assessment and verification … to prove actual compliance with these commitments” could mean being forced to reveal source code or encryption algorithms.

However, in classic Chinese style, none of that is actually spelled out.

A little history about this: Over the past decade, the Chinese government has put forward various proposals for controlling IT – and then abruptly withdrawing them in the face of domestic as well as global criticism. Here are two:

As for implications, China’s Declaration of Commitment shouldn’t have significant impact on companies that aren’t in the consumer IT market.  At best, its first five points could potentially improve the competitiveness of American IT products in the  Chinese market.

However, I would advise any tech companies that may be wondering what to do, to sit on their hands for a while. Law in China is always a “work in progress,” so the safest bet is to wait for that “progress” for as long as possible.

So there you have it – the view from someone who is smack in the middle of the business economy in East Asia. If you have your own perspectives to share on the topic, I’m sure other readers would be interested to hear them as well.