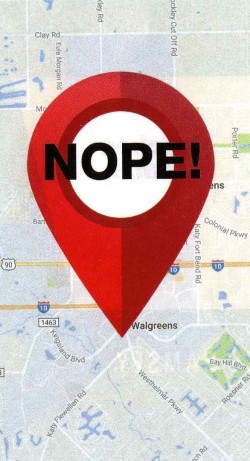 How many times have you noticed location data on Google Maps and other online mapping services that are out-of-date or just plain wrong? I encounter it quite often.

It hits close to home, too. While most of my company’s clients don’t usually have reason to visit our company’s office (because they’re from out of state or otherwise situated pretty far away from our location in Chestertown, MD), for the longest while Google Maps’s pin for our company pointed viewers to … a stretch of weeds in an empty lot.

It turns out, the situation isn’t uncommon. Recently, the Wawa gas-and-food chain hired an outside firm to verify its location data on Google, Facebook and Foursquare.  What Wawa found was that some 2,000 address entries had been created by users, including duplicate entries and ones with incorrect information.

Unlike a company like mine which doesn’t rely on foot traffic for business, for a company like Wawa, that’s the lifeblood of its operations. As such, Wawa is a high-volume advertiser with numerous campaigns and promotions going at once — including ones on crowdsourced driving and traffic apps like Google’s Waze.

With so much misleading location data swirling around, the last thing a company needs to see is a scathing review appearing on social media because someone was left staring at a patch of weeds in an empty lot instead being able to redeem a new digital coupon for a gourmet cookie or whatever.

Problems with incorrect mapping don’t happen just because of user-generated bad data, either. As in my own company’s case, the address information can be completely accurate – and yet somehow the map pin associated with it is misplaced.

Companies such as MomentFeed and Ignite Technologies have been established whose purpose is to identify and clean up bad map data such as this. It can’t be a one-and-done effort, either; most companies find that it’s yet another task that needs continuing attention – much like e-mail database list hygiene activities.

Perhaps the worst online map data clanger I’ve read about was a retail store whose pin location placed it 800 miles east of the New Jersey coastline in the middle of the Atlantic Ocean.  What’s the most spectacular mapping fail you’ve come across personally?