But gender differences do exist …

In this year’s U.S. presidential election campaign, there’s been a good deal of attention paid to so-called “working class” voters. No doubt, this is a segment of the electorate that’s especially unhappy with the current state of affairs in the country.

But what about other population groups?

Here’s what survey respondents revealed as their to worries:

[One mild surprise for me was seeing how many respondents cited “the price of gasoline” as a source of worry, considering not only the recent easing of those prices as well as the affluence level of the survey sample.]

Generally speaking, the research found few gender differences in these responses, but with a few exceptions.

Where there’s more divergence between genders is in how people’s identify their top financial goals. Here’s how the various goals tested by the Shullman research ranked overall:

Obviously, some of the goals that rank further down the list are more applicable to certain people at certain stages in their lives — whether they’re just getting started in their career, raising young children and so forth.

But I was struck at how many of these supposed “affluent” respondents cited “having enough money for daily living expenses” as a top financial goal. Wouldn’t more people have already achieved that milestone?

Another interesting finding: With many of the goals, women place more importance on them than do men: 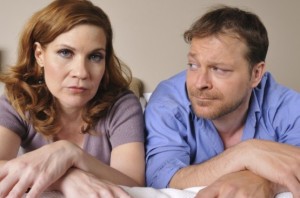 One explanation for the differences observed between men and women may be the “baseline” from which each group is weighing their financial goals. But since the survey was limited to affluent consumers, one might have expected that the usual demographic characteristics wouldn’t apply.  Perhaps the differences are rooted in other, more fundamental characteristics.

What are your thoughts? Please share them with other readers.

More information and insights from this study can be accessed here (fee-based).