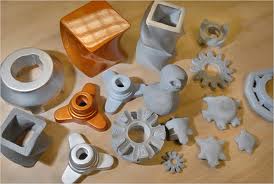 The Economist magazine published an article earlier this month about an increasingly popular technology that may irretrievably alter the world of manufacturing. Known as “three-dimensional printing” or “additive manufacturing technology,” it’s expected to dramatically impact manufacturing industries.

The technology makes it possible to “print” three-dimensional objects, components or assemblies from a digital file, utilizing several different materials with differing mechanical and physical properties in a single-build process.

The way this is done is by building up the object gradually by depositing material from a nozzle, or by solidifying thin layers of plastic or metal particles using glue droplets or focused beam technology.

[If you’re having some difficulty wrapping your head around the concept, this short tutorial/demonstration using a Z Corporation 3D printer will serve as a good introduction.]

At present, the 3D process is possible using certain materials such as plastics, resins and metals, a precisions of ~0.1 millimeter. And while it’s been primarily the preserve of academicians and laboratories up until now, experts believe the technology is now poised for commercial success as 3D printing capabilities continue to improve and costs decline.

In fact, significant growth has already been observed over the past seven or eight years — and now a “race to the bottom” with pricing is beginning to pick up steam. To wit: A basic 3D printer-fabricator costs less today than a laser printer did in 1985.

With the manner in which this technology is developing, there’s really no end to the possible products that can be made. Small components, automotive parts and a host of other products will all be fair game in the coming years.

3D printing technology is even being studied by biotechnology companies for use in computer-aided tissue engineering applications wherein organs and body parts are created using 3D inkjet techniques. Living cells are deposited onto a gel and slowly built up to form 3D structures.

And what also makes all of this potentially revolutionary is that harnessing the technology does not have to happen only in a conventional “factory.”

Think about it. Small parts can be made by a machine that’s the size of a desktop printer. With such equipment available, no longer will manufacturers need to rely on OEM suppliers here or offshore to supply parts and accessories. And they can make as many or as few as they need, so the old notion of a large production line starts looking increasingly irrelevant.

There are additional benefits of this technology that industry watchers note. Product prototyping is expected to become easier, faster and cheaper than ever. Companies can “test and tweak” components with their best customers, making adjustments to the design until things are perfected – all in a finely controlled environment where there’s no such thing as wasted inventory or “wish and wait for” parts coming from outside or offshore.

Waste and scrap materials are slated to be far less, too, as 3D technology uses only just the amount of material needed to construct each part.

Thinking beyond the production-centric aspects, other implications for manufacturing businesses are big. Reducing barriers to entry for manufacturing, 3D printing may well promote more innovation than ever before. The ability to produce items without needing the full force of a factory behind them will be a huge benefit to inventors, entrepreneurs and start-up operations, because product development, beta testing and first-run production will cost less and present lower risks.

Will the flexibility to design and produce components that the 3D technology allows mean that there’ll be less need to look to offshore suppliers for cheaply manufactured products? We can’t know for sure, but the prospects that a shift in manufacturing activity from the Far East back home is certainly tantalizing.

As with any new innovation, there are potential downsides and possible “unintended consequences.” For one, intellectual property may become much harder to protect … after all, when an object can be described in a digital file, it becomes much easier to copy and distribute.

But one thing is definite: 3D printing is a topic that’ll be front-and-center in the coming years as we sort through the opportunities and the implications.