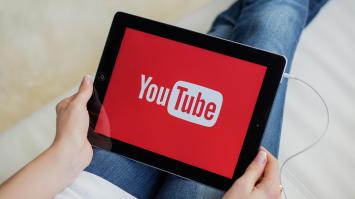 Just a few years ago, who would have been willing to predict that YouTube’s user base would outstrip China Central Television, the world’s largest TV network?

Yet, that’s exactly what’s happened: As of today, around 2 billion unique users watch a YouTube video at least once every 90 days, whereas CCT has around 1.2 billion viewers.

Consider that in 2013, YouTube’s user base was hovering around 1 billion. So that’s quite a jump in fewer than five years.

For anyone who’s tallying, this amounts to 65 years of video uploaded to the channel per day. No wonder YouTube has become the single most popular “go-to” place for video content.

But there’s more:  Taken as a whole, YouTube viewers across the world are watching more than 1 billion hours of video daily. That’s happening not just because of the wealth of video content available; it’s also because of YouTube’s highly effective algorithms to personalize video offerings.

One of the big reasons YouTube’s viewership has expanded so quickly goes back to the year 2012, which is when the channel started building those algorithms that tap user data and offer personalized video lineups. The whole purpose was to give viewers more reasons to watch more YouTube content.

And the tactic is succeeding beautifully.

Another factor is Google and its enormous reach as a search engine. Being that YouTube and Google are part of the same commercial enterprise, it’s only natural that Google would include YouTube video links at the top of its search engine results pages, where viewers are inclined to notice them and to click through to view them.

Moreover, Google pre-installs the YouTube app on its Android software, which runs nearly 90% of all smartphones worldwide.

The average run time for a YouTube video is around three minutes, with some 5 billion videos being watched on YouTube in the typical day.

Considering all of these stats, it’s very easy to understand how Internet viewing of video content is well on the way to eclipsing overall television viewing before much longer. As of 2015, TV viewing still outpaced interview viewing by about margin of about 56% to 44%.  But when you consider that TV viewing is stagnant (or actually declining a bit), while interview viewing continues to gallop ahead, the two lines will likely cross in the next year or two.

What about you? Like me, have you found that your video viewing habits have changed in the direction of YouTube and away from other platforms?