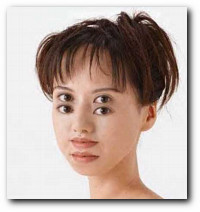 As media properties have moved away from finite schedules of daily, weekly or monthly publication to something more akin to 24/7 content dissemination, it’s becoming quite a challenge to deliver new content.

The reality is, building a digital media property in today’s “always on” world that can successfully deliver new, original content on an ongoing basis is quite costly.

In fact, it’s economically unfeasible for many if not most publishing enterprises.

This explains why readers have started to see a parade of news items that have been reused, recycled or repurposed in an effort to present the items as “fresh” news multiple times over.

This is happening with greater regularly, and it’s seemingly getting more prevalent with every passing day.

Here’s a representative case:  Business Insider.  This finance and news site has doubled its traffic over the past several years.  Business Insider now attracts more than 12 million unique visitors each month – each of them presumably interested in consuming “fresh news.”

But for content that is fairly “evergreen” in nature, Business Insider is perfectly content to serve up the same (or nearly similar) stories two … three … four times or more.

For example, one of its stories, “Facts About McDonald’s That Will Blow Your Mind,” has been published no fewer than six times over a span of three years.

The various iterations of that article varied very little each time.  Sometimes there were a different number of facts presented (usually 15 or 16).  Business Insider even published the identical list twice in the same year, using the exact same headline while revising only the introductory paragraph.

Beyond the fact that publishing essentially the same article six times within three years took some of the burden off the news-gathering and writing team, it turns out that topics such as this one really do engage readers — time and again.

Business Insider’s first iteration of the McDonald’s article attracted more than 2.5 million views.  And overall, the story has been clicked on more than 8 million times.

(Of course, the final time the article ran, the story generated only around 400,000 views, so at some point the law of diminishing returns had to come into play.)

I like another example, too:  Cosmopolitan Magazine.  In April of this year, it published an article titled “25 Life-Changing Ways to Use Q-tips.”  That story generated only 44 shares — hardly earth-shattering results for a media property with over 3 million subscribers.

But then Cosmopolitan promoted the article on Pinterest in May … and also on Twitter in May and again in June … and on Facebook in early May and again there in early June.

Whereas Cosmopolitan’s original posting of the article on its own website didn’t result in much engagement to speak of, just the two Facebook posts resulted in nearly 1,500 shares.

With these kinds of results being generated, it’s no wonder publishers have decided to “publish … re-publish … and then publish again.”

So the next time you have a sensation of déjà vu about reading an article, chances are, you’re not dreaming.