What took so long? 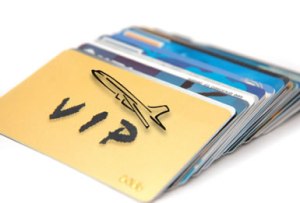 Delta and United Airlines have announced what they hope will be an industry-pacesetting change in the way frequent flyer programs are administered by the world’s biggest airlines.

The two air passenger carriers are shifting away from awarding points based on flight distance, and instead will award points based on the actual airfare paid by the traveler.

The change in procedures will become effective in 2015 (in January for Delta and in March for United).

In retrospect, one wonders why it took so long for the big airlines to make this move.

After all, the very nature of loyalty programs is to reward a company’s best and most profitable customers.

Business travelers who book a flight a few days ahead – not to mention people who prefer to travel first class – are far more valuable to an airline than someone who books the “Cheapy Charlie” web-only fare months in advance.

Besides, prominent low-cost air carriers like JetBlue, Southwest and Virgin have been using revenue-based methods of calculating their frequent-flier points for a good while now.

As for which types of travelers will come out winners vs. losers in the frequent flyer program changes, it’s exactly who you’d expect:

The recent announcements by Delta and United leave only American Airlines as the last big U.S.-based global carrier that still maintains the traditional distance-based calculation for earning miles.

I wonder how much longer they’ll hold out?

Only a matter of months, I’m guessing.

What are your opinions about the changing policies?  Are there particular frequent flyer programs you love?  … Or love to hate?  Feel free to share your thoughts with other readers.