Skip to content
HomeWhen it comes to advertising … the Super Bowl is supreme. 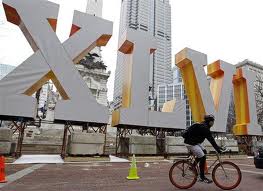 Super Bowl ad placements have the reputation of being the most pricey ones on television. And based on an analysis by Kantar Media of Super Bowl ad activity over the past decade, that perception is quite accurate.

According to Kantar’s analysis, over the last ten years the Super Bowl game has generated more than $1.7 billion in network ad sales from more than ~125 companies.

Just five Super Bowl advertisers account for more than one-third of the activity, led by – no surprise here – Anheuser-Busch:

It doesn’t seem that long ago when the rule of thumb was that a 30-second ad for the Super Bowl game would set you back one million dollars.

At such stratospheric prices, you’d expect only a handful of ads to be longer than 30 seconds. That’s true to a degree; only about one in five of the Super Bowl ads are :60 spots. But compare that to just ~6% of ads on broadcast networks being long-form.

And if it seems as if you’re seeing more advertising during the Super Bowl game than in years past … you’re not hallucinating. Back in 2006, the volume of commercial time for ads during the game was ~44 minutes. That rose to ~46 minutes as of 2011, and will probably continue to creep upward in 2012 and beyond.

Kantar Media also compared advertising volume for the Big Game against the dollar volume of ads placed during other major televised sports events, such as the Baseball World Series and the NCAA Final Four Mens Basketball. In nearly every year, the one-day Super Bowl out-pulled these multi-day sporting events when it comes to raking in the ad dollars.

To sum things up, even in the world of advertising where the only constant is change … some things don’t change all that much.

One thought on “When it comes to advertising … the Super Bowl is supreme.”