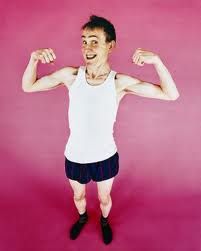 And of course, the business media are highly prone to report the news, as it underscores the fact that highly interesting things are afoot in the marketplace.

What’s done much less often is to go back at a later date and compare the growth forecasts to the actual performance.

But digital media company Digiday has done that, and if you think you remembered industry growth predictions that were a bit high on hyperbole … Digiday’s analysis reveals your memory is right on the money.

One market prognosticator – eMarketer – is often cited for its digital ad market predictions. But how accurate are they? Here’s how it forecast annual mobile ad spending in the United States:

Granted, it is a challenge to forecast growth rates in digital advertising activity early on in the developmental cycle. But being off by such a dramatic degree makes the forecasts essentially worthless – and laughably so.

Another phenomenon may be at work as well. Invariably, the initial growth forecasts are too aggressive rather than too timid.

Why? Rosy forecasts tend to spark more interest from journalists, venture capitalists, publishers and others – and hence have a greater propensity to be published. So there may well be subtle pressure to “err on the plus side” when formulating the forecasts.

Digiday’s Jack Marshall poses that question, too, and then writes: “It’s important to think about where new markets and technologies are headed, but the ad industry often gets preoccupied and overexcited with what are essentially just guesses.”

As for the latest crop of (downwardly revised) growth estimates, Marshall adds: “Let’s reconvene in four years for the inevitable update.”

If you’re a betting person, you’d best wager on the revised figures being lower.