Skip to content
HomeThe Business World: Hazardous to your Health? 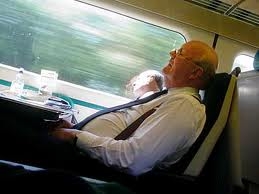 Word of two recent medical studies should give pause to those of us in the professional world who do our share of traveling on the job.

First up, researchers at the Mailman School of Public Health at Columbia University are reporting that businesspeople who travel two weeks or more during an average month are significantly more likely to have a higher body mass index and to be obese.

The conclusions were drawn from reviewing data from medical records of ~13,000 participants in a corporate wellness program, as provided by preventive health services firm EHE International.

In comparing frequent business travelers (those who typically travel 20 or more days per month) against light travelers (only 1-6 days per month), not only did the evaluation discover poorer health results for the first group, it also found that those individuals were 260% more likely to rate their own health as “fair” or “poor” compared to the less frequent travelers.

The Columbia University study notes that since ~80% of business travel is carried out using personal automotive transport, often this means long hours of sitting.

Poor food choices on the road are no help, either. Of course, this is a challenge for all business travelers no matter what mode of transport they choose to take, what with the high sodium and fat content of restaurant fare – and oh, would you like sour cream and butter on your baked potato?

Not surprisingly, the Columbia study concludes that those who travel extensively for work “are at increased levels of risk and should be encouraged to monitor their health.”

But if that news isn’t enough, along comes another study that links middle age obesity to mental degradation in later life. As reported in the most recent issue of Neurology, the medical journal of the American Academy of Neurology, researchers in a study conducted at the Karolinska Institutet in Stockholm, Sweden conclude that controlling body weight during the middle years can significantly reduce the risk of developing dementia in later years.

This study analyzed time-lapse information from ~8,500 twins aged 65 or older, and within that sample, evaluated the results from the ~475 individuals diagnosed with dementia or possible dementia against factors such as height, weight and BMI measures that had been recorded 30 years earlier.

The Swedish study found that those who were overweight or obese during midlife were at 80% greater risk of developing dementia or Alzheimer’s disease in later life.

Now if you’ll excuse me, I need to go exercise.

One thought on “The Business World: Hazardous to your Health?”