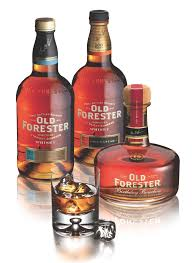 A half century ago, Old Forester bourbon was the big brand name in the spirits business.  As the flagship brand of the Brown-Forman Corporation, it routinely sold in quantities approaching one million cases each year.

Back in the day, Old Forester was marketed as “America’s Guest Whiskey” – the one to bring out when company came to visit.  (I remember finding an ancient bottle of Old Forrester when cleaning out my late mother-in-law’s liquor cabinet.)

Forward to today.  Despite a recent rise in bourbon sales, Old Forester is a near-forgotten brand entry.  Shipments barely topped 100,000 cases last year, and nearly half of all sales came from just two states:  Alabama and Kentucky.

What the heck happened?

In broad terms, American tastes in distilled beverages shifted away from scotch and bourbon to vodka and gin.  Wine became more popular, too.

But those changes affected the entire market for bourbon, scotch and other whiskeys.  What made Old Forrester sink so low in a category that’s actually been on an upward trend since 2000?

In 1956, Louisville-based Brown-Forman, the makers of Old Forrester, acquired the iconic Jack Daniels brand, and promptly started marketing it big-time.

Jack Daniels advertising has been pretty constant in the decades since.

Then in the mid-1990s, Brown-Forman introduced Woodford Reserve, which it marketed as premium bourbon — much as Old Forester had been a half-century before.

With all of the attention lavished on these two brands, Old Forester got squeezed out of the action.

But as it turns, out, there may be a second act for Old Forrester after all.  Starting in 2001, bourbon shipments have been on a pretty steady upward trend, with total shipments now topping 1 billion liters annually.

Some have attributed the growth in bourbon consumption to the success of the Mad Men TV series, but I suspect there’s a lot more to it than just that.

Besides, even with Mad Men going off the air, market forecast firm Cowen & Company predicts American whiskey growth rates will clock in at nearly 10% per year until 2020 at least.

Because of those dynamics, it comes as little surprise that brands like Bulleit Bourbon have been so very aggressive in the market.

New entrants abound, too, as there are now more than 26 distillery licenses issued by the state of Kentucky (up from just ten in 2011).

Evidently, the key managers at Brown-Forman must have decided that they weren’t going to let the market pass them by, and so they’ve committed to a major initiative to resuscitate the Old Forester brand name.  Major commitments and goals include:

What are the chances that Old Forester can regain its lost luster and once again become one of America’s esteemed bourbon brands?

There are no guarantees, of course.  But starting with a venerable brand name … and then appointing a seasoned industry veteran — and fifth generation Brown family member as well — to head the effort may give this initiative pretty decent odds of success.

We’ll check back in four or five years and see how it all turns out.