It’s been several years since Google gave us an official report on Gmail’s user base.

But now we have a new announcement from one of Google’s senior vice presidents,  reporting that Google’s Gmail service has now reached a new milestone of 900 million active users.

Three years ago — the last time Google commented officially on the Gmail active user base — the company had reported ~425 million users.

… Which means that in the past three years alone, Gmail’s active user base has more than doubled — and doubled from an already strong baseline figure.

In fact, Gmail had already become the most popular email service in America by 2012.

Despite the fact that most other email services have failed to report newer stats since then, it’s a safe bet that Google remains King of the Hill when it comes to the number of active users of its Gmail email service.

[Related to this, the same Google spokesperson is also reporting that three out of four active Gmail service users are accessing their accounts on mobile devices.  I’m sure this doesn’t come as a surprise to anyone.]

The continued robust growth in Gmail users may explain why Google hasn’t been making significant changes to the service or the user interface.  Any service that’s the largest one out there can’t risk irritating or alienating large swaths of its users.

Indeed, even when an email service isn’t the biggest or most important one in the market, making changes can still be a risky move.  Just recall the howls of protest from users (and even some of Yahoo’s own employees) when Yahoo made sweeping changes to its e-mail service about 18 months ago.

No doubt, Yahoo has lost a certain number of subscribers who simply couldn’t abide the changes. 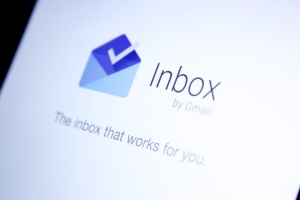 In Google’s case, what it’s doing is using Inbox, which Gmail users see on top of the Gmail platform, as an area to experiment with new email features and such — without upsetting satisfied Gmail users who may have little appetite for those changes.

Inbox is an email app by Google for Android and iOS, along with web browsers Chrome, Firefox, and Safari.  In a hint at things to come, Google has now made Inbox open to all users.

Google claims that its Gmail and Inbox services serve different functions and needs, and that it will continue to work on enhancements and updates for both.

But it’s pretty clear that Inbox is where the bulk of Google’s developmental effort and energy are being directed these days.