Back in 2015, Wall Street Journal columnist, author and arts critic Terry Teachout had a few choice comments to make about Twitter — then as now one of the more controversial of the social media platforms.

With the passage of time — as well as significant elections, referenda and other socio-political developments intervening — it’s interesting to go back and read Mr. Teachout’s comments again.

From his perspective, in 2015 Teachout had postulated that the essence of Twitter could be boiled down to four statements, as follows: 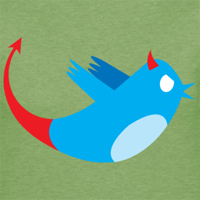 Looking at these statements, it’s pretty remarkable how little has changed.

Or has it? What do you think?

[In an interesting side-development, Terry Teachout’s own Twitter account was hacked in 2018 — several years after he published his statements above.  As he recounts here, trying to get all of that sorted out with the social media platform was it’s own special kind of misery, even if ultimately successful.]