Skip to content
HomeYet another knock on business travel.

“Don’t let the bed bugs bite” becomes harder to do … 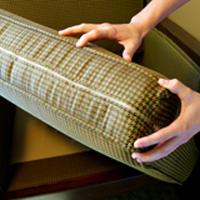 Recently, an article in Meetings & Conventions magazine caught my eye – and not in a good way.  The big headline blared that Baltimore has kept its title as the “Bed Bug Capital of the United States.”

Seeing as how Baltimore is the big city closest to where I live, this didn’t come as particularly welcome news. No one wants to be singled out for such a dubious “honor.”

Adding insult to injury, nearby Washington, DC came in second on the list, which was compiled based on metropolitan area statistics of the national pest control service provider Orkin, and where that company has performed the most bed bug treatments over the past year.

For the record, making up the Top Ten bed bug infestation listing are the following metro areas:

For Baltimore, it was the third year in a row landing on top of the metro area list.  Meanwhile, several others made it onto the list that weren’t there previously (Atlanta and Philadelphia).

On the other hand, Dallas and San Francisco have now dropped out of the Top Ten.

Entomologist Chelle Hartzer, an Orkin spokesperson, was quick to point out that being on the Top Ten list shouldn’t be viewed as a reflection of general lack of sanitation or cleanliness, stating:

“Bed bugs are the #1 urban pest in many cities today. They are master hitchhikers, so no one is immune.  Sanitation has nothing to do with prevention; from public transit to 5-star resorts, bed bugs have been and can be found everywhere humans are.”

When you think of it in that context, it’s actually little wonder that Baltimore and DC have so many incidences of bed bug infestations requiring treatment, considering the amount of travel to and from the National Capital region from all over the world.

[I’m completely clueless as to how and why Columbus, OH should come to outrank New York City, however.] 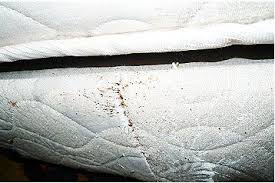 The bigger question is … what to do about it?

For its part, Orkin has come up with some suggested personal “dos” and “don’ts” for travelers regarding managing their exposure to beg bugs.

Among the precautions Orkin recommends that people take are these when checking into your hotel or motel room:

Reading the ways Orkin recommends limiting exposure to bed bugs while on a trip seems designed to take all the pleasure out of traveling. Maybe it’s time to consider Plan B:  staying home!

Speaking personally, I have yet to be subjected to a bed bug infestation — either on the road or “hitchhiked home.” But I know several people who have – and their stories weren’t pretty.  Do you have any personal experiences of your own to share?

One thought on “Yet another knock on business travel.”