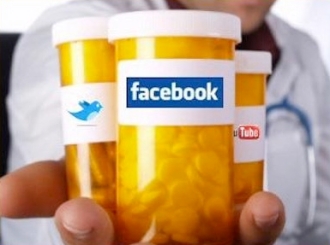 For some time now, we’ve been hearing the contention made that social media causes people to become angry or depressed.

One aspect of this phenomenon, the argument goes, is the “politicization” of social media — most recently exhibited in the 2016 U.S. presidential election.

Another aspect is the notion that since so many people engage in never-ending “happy talk” on social media — presenting their activities and their lives as a constant stream of oh-so-fabulous experiences — it’s only natural that those who encounter those social posts invariably become depressed when comparing them to their own dreary lives that come up wanting.

But much of this line of thought has been mere conjecture, awaiting analysis by social scientists.

Recently, we’ve begun to see some research work that is pointing to the causation — and the finding that social media does actually contribute to negative mental health for some users of social media.

One such study appeared in the February 2017 issue of the American Journal of Epidemiology. Titled “Association of Facebook Use with Compromised Well-Being:  A Longitudinal Study,” the paper presents findings from three sets of data collected from ~5,200 subjects in Gallup’s Social Network panel.

The researchers — Drs. Holly Shakya and Nicholas Christakis — studied the relationships between Facebook activity over time with self-reported measures such as physical health, mental health and overall life satisfaction. There were other, more objective measures that were part of the analysis as well, such as weight and BMI information.

The study detected a correlation between increased Facebook activity and negative impacts on the well-being of the research subjects.  ore specifically, certain users who practiced the following social media behaviors more often (within one standard deviation) …

… showed a decrease of 5% to 8% of a standard deviation in their emotional well-being.

As it turns out, the same correlation also applied when tracking people who migrated from light to moderate Facebook usage; these individuals were prone to suffer negative mental health impacts similar to the subjects who gravitated from moderate to heavy Facebook usage.

The Shakya/Christakis study presented several hypotheses seeking to explain the findings, including:

We won’t know anything much more definitive until the Shakya/Christakis study can be replicated in another longitudinal research study. However, it’s often quite difficult to replicate such findings in subsequent research, where results can be affected by how the questions are asked, how random the sample really is, and so forth.

I’m sure there are many social scientists who are itching to settle these fundamental questions about social media, but we might be waiting a bit longer; these research endeavors aren’t as tidy a process as one might think.