Skip to content
HomeIs Social Media a Platform for Narcissists? 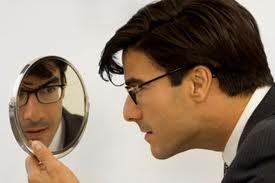 Over time, I’ve been seeing more articles and blog posts cropping up that broach the topic of social media and narcissism.  Here’s just one of the latest examples.

The issue boils down to this:

One could probably start at the very beginning:  “Is Mark Zuckerberg a narcissist?”    (Don’t answer that question!)

My own view is somewhat conflicted.  I see evidence of some people who cheerfully relish the bullhorn – and attention – that social media appears to give them.

But social media can be deceiving in that a “personal environment” can be built that seems like the whole world is watching and listening – but in reality it’s just a constructed edifice more akin to a Potemkin village.

How many people are actually reading anyone’s Twitter posts?    (Don’t answer that question!)

But I can also see clear evidence of some of the more “Type B” people I know who have made quite an impact on social media by virtue of some very impressive contributions – written information, videos, photography, etc.

In those cases, social media has been a way to extend influence well beyond a small circle of friends or colleagues – and far more than could ever be possible before.

How about you?  What are your thoughts on this topic and what have you observed?  Please share them here if you’re so inclined.

(Don’t worry, we won’t accuse you of narcissism!)

3 thoughts on “Is Social Media a Platform for Narcissists?”