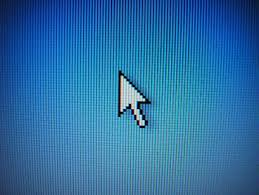 The idea was to test the veracity of information being collected on clickthroutgh rates in online advertising and the algorithms that drive automated ad buying and selling — ads being automatically served where they will generate the most clicks.

Once the ads had been created, the crack team had them served via a demand-side ad platform, using both run-of-exchanges as well as being trafficked to publishers that would accept unaudited copy.

The idea was to see what sort of clickthrough rate would be garnered by these “faux” ads.

It’s common knowledge that clickthrough rates for online display advertising are abysmally low. But what transpired in the ARF-led team’s “nothing-doing” ad campaign was startling, to say the least.

The average clickthrough rate on these ads, across 1 million+ impressions served, was 0.08%.

That clickthrough rate rivaled the better results achieved by online branding campaigns … and isn’t very far off the average performance for a direct response effort!

The team noted that the modest cost of this research effort (less than $500) was a “pretty good deal for a diagnostic check-up on a $100 billion machine.”

And what are those results telling us? A couple things, I think:

But ARF’s Ted McConnell reported that a follow-up screen appearing once an ad was clicked asked why the person who clicked did so — out of curiousity or by mistake.

Here’s what McConnell reported:  “We detected no click fraud in the data we counted.  Half the clickers told us they were curious; the other half admitted to a mistaken click.”

McConnell noted that the team went beyond the follow-up query in its investigation.  “To obtain further insights, we tracked hovers, interactions, mouse-downs, heat maps — everything.  (Heat maps detect click fraud because bots tend to click on the same spot every time.)”

So, what’s the major takeaway finding from this experiment?

If it’s that online brand advertising campaigns are going to deliver abysmal engagement, you already knew that.

But if you think achieving a clickthrough rate of 0.04% or 0.05% for an online brand advertising campaign is an indication of anything in particular, you’re probably off by miles, too.

Was this “nothing-doing” research worthwhile, seeing as how it didn’t test “real” ads?

I think it was … because the findings are telling us that below some threshold level, what we’re really experiencing is just noise. That’s not exactly what the online display advertising advocates want to hear …