I’m trying to remember the last time I visited our local library in our town.  It was more than a year ago … and it was to attend a community meeting, not to check out a book or use the reference materials.

For me at least, access to the Internet at work, at home and on mobile devices has made the library pretty much irrelevant to my daily life.

It wasn’t always that way.

There was a time — not so many years ago — when I went to the library on a weekly basis.  I even traveled to other cities to do business-oriented research in larger libraries that were the designated repositories of U.S. Census Bureau, Department of Commerce and other government publications.

So based on my personal evolution, I was a bit surprised to read the results of a recent Harris Poll that surveyed ~2,300 Americans aged 18 or older on the topic of libraries and their role in people’s lives.

Harris found that ~64% of the respondents it surveyed have a library card — a statistic that is higher than I thought it would be.

[Granted, that library card figure has declined from the ~68% level that was reported by respondents in a similar survey conducted by Harris in 2008.]

The Harris research also found that women are more likely to use the local library than men.  Related to this, more than 70% of women in the survey possess a library card, compared to only ~57% of men.

Children may be a factor in how strong a relationship adults have with their local library, since adults who have children are significantly more likely to patronize the library — and more often as well.

For those who have library cards, nearly 80% reported that they’ve used the library at least once in the past year.  Indeed, more than one-third use the library on a monthly basis or more frequently.

Most library-related activity appears to be for traditional uses:

A Community and Education Resource … 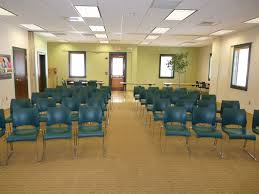 Regardless of their own personal library usage patterns, more than nine in ten respondents in the Harris survey consider libraries to be a valuable education resource for their local community.

Nearly as many consider the library to be an important community center and meeting space.

Based on the Harris results, the role of libraries may be evolving more slowly than I would have thought.  And they still play a central role in the nourishment of their communities.

What about you?  How are you using (or not using) your local library these days?  Please share your experiences with other readers here.