I’m sure we aren’t the only family who’s had to suffer through the aftershocks of Target’s infamous Great Thanksgiving Weekend Data Breach that occurred in late 2013.

According to news reports, as many as 40 million Target credit cards were exposed to fraud by the data breach.  And as it turns out, the initial reports of nefarious doings were just the beginning.

Even after being given a new credit card number, my family has had to endure seemingly endless rounds of “collateral damage” for more than a year since, as Target’s very skittish credit card unit staff members have placed card-holds at the drop of a hat … initiated phone calls to us at all hours of the day … and asked for confirmations (and reconfirmations) of merchandise charges.

Often, these unwelcome communications have occurred on out-of-town trips or whenever someone in the family has attempted to make an innocuous online purchase from a vendor based overseas.

It’s been altogether rather icky — in addition to being a royal pain in the you-know-where.

But our experience has hardly been unique.  Consider these scary figures when it comes to data breaches that are happening with businesses:

Those unwelcome stats come to us courtesy of a multi-country survey of ~1,500 IT professionals in the retail and financial sectors.  The study was conducted by the Ponemon Institute on behalf of network security and software firm Arbor Networks.

The next piece of unsettling news is that, even with the long “dwell” times of these data breaches, the IT professionals surveyed aren’t optimistic at all that the situation will improve over the coming year.  (Nearly 60% of those working in the financial sector aren’t optimistic, as do a whopping ~70% in retail.)

It makes it all the more lucrative for unscrupulous people to make relentless attempts to hack into the systems and extract whatever data they can.  IT respondents at ~83% of the financial companies reported that they suffer more than 50 such attacks in a given month, as do respondents at ~44% of the retail firms.

The impact on companies isn’t trivial, either.  Another study released jointly just last week by Ponemon and IBM, based on an evaluation of ~350 companies worldwide, finds that the average data breach costs nearly $160 for each lost or stolen record.  And that’s up over 6% from a year ago.  (The Target breach cost substantially more on a per-record basis, incidentally.  And for healthcare organizations, the average cost is well over $350 per record.) 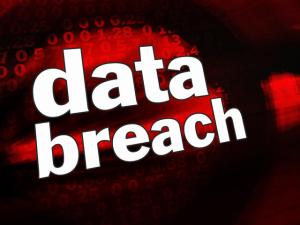 What can be done to stem the endless flood of data breach attacks?  The respondents to this survey put the most faith in technology that monitors networks and traffic to stop or at least minimize these so-called advanced persistent threats (APTs).  More companies have been implementing formalized incident response procedures, too.

As Dr. Larry Ponemon, chairman of the Ponemon Institute has stated, “The time to detect an advanced threat is far too long; attackers are getting in and staying long enough that the damage caused is often irreparable.”

Clearly, more investment in security tools and operations would be advisable.

Anyone else care to weigh in with opinions?