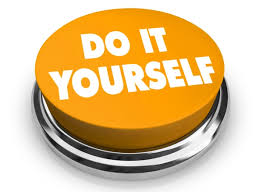 As more MarComm activities increasingly migrate to the web and to social media platforms, small businesses are increasingly taking a DIY approach in their marketing programs.

That’s the major takeaway from a survey of nearly 2,600 small business owners conducted by Insight By Design for Webs, a subsidiary of Vistaprint.

For purposes of the study, small businesses were defined as those having 10 or fewer employees.  The results of the field survey, which was conducted in the spring of 2014, were published in Vistaprint’s 2014 Digital Usage Study.

Two-thirds of the small business respondents reported that they are actively using digital products to market their businesses.  Of those who have websites for their business, nearly 60% of them created their own websites using DIY tools.

An even larger proportion — 80% — act as their own webmasters.

Small businesses consider customer acquisition and generating new customer leads as the most important reasons for maintaining a web presence.

In the social media realm, Facebook is the most popular platform for promoting small businesses — so said nearly 90% of the survey respondents who are active in social media marketing.

Facebook is viewed as not only a vehicle for building brand awareness and acquiring new customers, but also for building a network of followers and engaging with them over time.

The survey’s respondents reported that all of the other major social platforms lag far behind Facebook in importance:

In line with its perceived importance as a marketing channel, about two-thirds of businesses that have Facebook business profiles are also engaged with paid advertising campaigns on the social platform — or are considering doing so.

No question, small businesses have concluded that social media marketing is the best way for them to create brand awareness and expand their reach in a very low-cost yet effective manner.  So don’t look for any slowdown in the adoption of social strategies going forward.