Skip to content
HomeGut Check for the American People 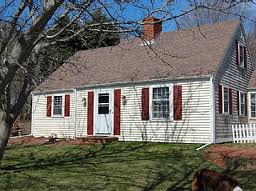 After being whipsawed by sharp economic headwinds over the past few years, how exactly do “regular people” see their position in the grand scheme of things?

We now have a reading in the form of the “Heartland Monitor” poll, a field study commissioned by Allstate Insurance Company and conducted by National Journal magazine, which queried ~1,200 middle-income Americans on a variety of topics pertaining to the U.S. economy and family finances.

The findings are an interesting blend of persistent optimism tempered by cold, hard reality. On the “sober” side of things:

 Nearly two-thirds of respondents feel that they face more economic risks today than their parents did at the same age.

 Nearly half reported that they’ve made significant reductions in spending over the past year, including putting off major purchases.

 About one-third have withdrawn funds from savings or pension funds to make ends meet.

 Approximately one-fourth have reduced contributions to their pension or retirement funds.

Beyond this, only about one-quarter of the respondents reported that they haven’t faced significant negative changes in their lifestyle or financial security.

But on the other hand, even fewer (15%) have reported falling behind on mortgage or rent payments.

Now for some viewpoints that reflect the perennial optimism of middle-class Americans:

 Nearly 9 in 10 respondents feel that America is still a land of opportunity.

 More than 55% believe that the U.S. economy will improve over the coming year (versus around 35% who believe it will worsen).

 Nearly three-fourths of respondents believe that owning a home helps rather than hinders living the American dream.

When it comes to retirement, middle-class Americans seem to be looking at things with harsh realism. Respondents who are near retirement age expect to retire six years later than those who are already retired. And a clear majority believe that they’ll retire at a later age than their parents did.

Here’s an even more interesting finding from the survey: Even in retirement, about three-fourths of the respondents anticipate that they’ll continue to work.

By that forecast alone, we can see that the very definition of retirement is changing.