In 2017, not only is the United States politically divided into nearly equal camps, but it seems as though the gulf between the two sides is wider than it’s been in decades.

In my own personal experience, I haven’t witnessed political rifts this big since the anti-war era of the late 1960s and early 1970s.  But even then, that divide wasn’t so much on partisan grounds as on philosophical ones.

[And it wasn’t an equal divide, either.  Remember President Richard Nixon’s slogan about the “silent majority”?  It was — to the tune of a 61% Nixon victory in the presidential election of 1972.]

Historically, the people who manage product brands have adhered to a formula similar to that of distant relatives getting together for a holiday meal: avoid talking about politics and religion.  But in times where politics can overtake even the best-curated brands, that’s become more difficult.

Recently, international market research firm Ipsos studied the issue. It tested a number of well-known brands that have been the subject of “political” controversies.  Considering one measure – stock price – Ipsos found that there has been minimal impact on brand health when looking at the publicly traded brands that President Donald Trump has mentioned in his various late-night tweets.

But viewed another way, Ipsos found that there’s an ever-expanding emphasis on partisan politics. Americans have become more likely to combine their behavior as consumers with their ideological or partisan loyalties.  One measure is the spike in searches on Google for the term “boycott,” as can be seen clearly in this chart:

According to Ipsos, politically-minded boycotts appear to be having noticeable business impacts. Looking at around 30 publicly traded brands, those with the highest rate of consumer boycotts since the November 2016 election are the ones that experienced the worst stock market performance – by a factor of about -15%.

Prudent advice would be for brands to respond to the hyper-partisan environment by trying not to be drawn into ideological debates. That’s a smart move, as most of the brands Ipsos tested have a fairly evenly balanced mix of self-described Democrats and Republicans.

In such an environment, no matter which way a company might be perceived to be moving “politically,” there will be a substantial portion of its customers who object.

And object they do: As part of its study, Ipsos surveyed consumers on their boycotting behaviors.  More than 25% of the survey respondents revealed that they have stopped using products or services from a company because of its perceived political leanings.  And as Ipsos has found, the brands with the highest rate of recent consumer boycott activity have also experienced the worst stock market performance.

Trying to avoid becoming part of today’s sometimes-toxic political environment isn’t always easy for brands to accomplish. Even for brands that make a concerted effort, it is increasingly hard to predict what factors might drive a company into the limelight — or whether anything the company does or doesn’t do can control what actually happens.

Ipsos cautions that staying on the political sidelines isn’t as easy as it has been in the past. It has determined that political party identification now ranks as one of the most central aspects of how consumers organize their lives – and how they relate to brands as well. 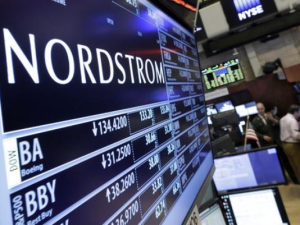 To illustrate, Ipsos presents the cases of Nordstrom and Uber. Both companies feature customer bases that skew somewhat more Democrat, but with significant percentages of Republicans as well.  Since the 2016 Presidential election, both companies have experienced politically-themed PR incidents that were magnified on social media platforms, to negative effect.

But the end result was the same:  the brands’ reputations suffered.

In today’s environment, it seems as though assiduously maintaining a non-partisan, non-confrontational stance is still the best policy for maintaining brand strength.  But it isn’t a guarantee anymore.

Additional findings and conclusion from the Ipsos evaluation can be found here.

One thought on “Brands tiptoe through today’s political minefields.”