Skip to content
HomeThe “business of business” should be everyone’s business. 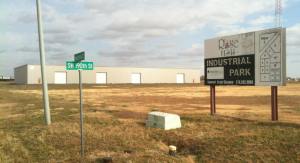 I hear grumbling from industry colleagues pretty often about how the current U.S. presidential administration seems to be reflexively “against” business.

I don’t agree that the administration is opposed to the idea of private-sector business.  I think the vast majority of administration officials (if not all) believe that a vibrant private business economy is important to the viability of a society.

It doesn’t take an economic genius to figure out that if there aren’t jobs, there isn’t going to be prosperity.  Certainly, no one thinks new jobs are going to become available if businesses are doing badly.

The alternative to private industry is state-run economies à la Cuba, North Korea and the old Soviet Union.  How’d those experiments turn out?

So, no — I don’t believe the current administration has it “in” for business.

Maybe the problem is that administration officials don’t understand what it’s like to be in business – the day-to-day challenges of managing a company that can deliver quality, competitively priced goods and services that people need, want, and will pay money for.

And also … to manage a business in a way that attracts and keeps quality employees who are motivated, and who feel valued and fulfilled in their daily work.

In today’s global economy, successfully threading the needle on all of these factors is easier said than done!

But I came across a graphic recently that may point to a different explanation.  The chart I saw is based on research by financial markets specialist and investment analyst Michael Cembalest that was published Forbes magazine.

From high to low, here are the percentages Cembalest came up with:

One can argue the specifics of the research – such as whether those providing only legal services could be counted as people with private business management experience or not.  But the overall message is pretty clear about the current administration’s paucity of first-hand private-sector business experience.

It’s difficult to really understand something unless you’ve had some degree of personal experience with it.  So why should it be so surprising that businesses feel that the administration is so blind to their challenges?

Let me add one more point that remains vivid in my memory, even though it happened a few years ago.

In the 2010 U.S. senate race in the state of Connecticut, the state’s attorney general Richard Blumenthal was running against business executive Linda McMahon.  During a televised debate, Ms. McMahon asked her opponent how jobs are created.

Here’s a verbatim transcript of that interaction:

McMAHON:  Mr. Blumenthal, how do you create a job?

BLUMENTHAL:  A job is created and it can be in a variety of ways, by a variety of people but principally by people and businesses in response to demand for products and services.  And the main point about jobs in Connecticut is we can and we should create more of them by creative policies and that’s the kind of approach that I want to bring to Washington.  I have stood up for jobs when they’ve been at stake.  I know about how government can help preserve jobs and I want programs that provide more capital for small businesses, better tax policies that will promote creation of jobs, stronger intervention by government to make sure that we use the made-in-America policies and buy-America policies to keep jobs here rather than buying products that are manufactured overseas …

Regardless of your personal politics or what you think about the two individuals who were running for the Connecticut senate seat in 2010, to me this exchange was really telling.

Richard Blumenthal has spent his entire career as an attorney in the public sector or as an elected official.  Is it any wonder his thoughts on job creation sound like the meanderings of an Econ 101 student, three weeks into the course?

But unfortunately, there are thousands more just like Blumenthal:  People in elected and appointed offices all across the United States – people in positions of power who are basically clueless about business.

And that’s not good for anybody.

2 thoughts on “The “business of business” should be everyone’s business.”