Skip to content
HomeWhere in the World do Americans Wish to Vacation? 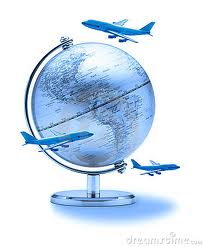 Have you ever wondered where Americans would wish to vacation overseas if they had the opportunity and the financial wherewithal? It’s a topic that that Harris Interactive surveys every year.

The results are now in for the 2011 survey, which queried nearly 2,200 adults online in July … and for a second year in a row, Italy comes in first place in popularity.

Countries in Europe and Oceania remain the most popular vacation countries for Americans, a finding Harris has observed in annual surveys ever since 2008. This year, the Top 10 countries chosen by respondents for vacation destination are as follows:

Since 2008, the biggest shift in popularity has been in Spain (up three notches) and in Japan (down two spots). What’s causing this? One too many natural disasters in Japan? … The increased popularity of the Costa del Sol?

While Italy is the top pick in 2011 for both men and women, there are some differences when looking at the next-ranked countries:

 For men, the #2 choice is Australia, followed by Great Britain.

 Baby boomers as well as respondents over the age of 65 choose Great Britain over Italy as the top vacation destination.

In viewing the 2011 results, I was somewhat surprised by the lack of any Caribbean countries on the list.

If Harris continues to conduct this survey annually, it will be interesting to see how the results change over time. I’d predict that Brazil and Argentina may start making the Top Ten list before too long. (Speaking for myself, those two would be my picks a lot sooner than some of the other countries listed above.)

More survey stats and a history of results can be found here.

4 thoughts on “Where in the World do Americans Wish to Vacation?”