When social media burst on the scene, it was considered by many marketers as a way to level the playing field when it comes to brand-building.

All of a sudden, the “little guy” had just as big a platform from which to trumpet key messages – especially if those messages were clever, intriguing or super-timely. 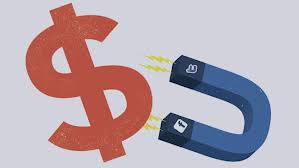 But something has happened over the past year or so.

That is, unless the poster (whether it be a company or a person) is willing to put up some upfront cash.

Consider the case of Hasan Syed.  He’s a Chicago-based business owner who took to Twitter last week to complain about the alleged shoddy treatment he and his father were subjected to by British Airways after the father’s luggage was lost during an international flight.

Had Mr. Syed uploaded a simple tweet, it would have had next-to-no impact.

But as a business owner – and a successful one with sufficient discretionary income – Mr. Syed was able to pay ~$1,000 for a “promoted tweet” that he directed at the UK and NYC markets.

@British_Airways is the worst airline ever.  Lost my luggage & can’t even track it down.  Absolutely pathetic #britishairways

Instead of only Mr. Syed’s ~1,200 Twitter followers being the only to see the tweet, the promoted (paid) tweet reached nearly 80,000 people in the targeted geographic area – and in the process, garnered almost 15,000 “engagements” (retweets or favorites).

Needless to say, that got British Airways’ attention – and it got Mr. Syed’s father’s luggage back as well.

But the larger point is that social media is starting to behave more like other media with every passing day.

Just as traditional media benefits the “heavy hitters” with the biggest pockets the most … social media does now, as well.

This isn’t to say that the wonders of interactive communications don’t provide opportunities for smaller companies to make a splash in the market.  Thanks to social platforms, it is possible to make more “marketing noise” on a broader basis and with a lower dollar investment than back in the pre-social days.

It’s just that you can’t accomplish it on a shoestring budget anymore.  Those days are definitely gone.