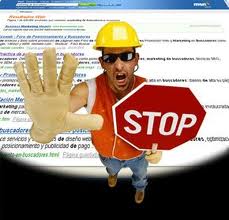 In late June, I blogged about the proposed new initiative by the Internet Corporation for Assigned Names and Numbers (ICANN) to broaden top-level domain names to include the use of company- or brand-name suffixes.

The idea is that famous brands could begin using their well-known monikers to further distinguish their activities on the Internet. ICANN’s spokespeople are on record claiming that the new guidelines will “usher in a new Internet age.”

Well … not so fast. The more people have been looking into this scheme, the less they like it. One of the biggest issues is the “pay to play” aspect. Unlike the days when people could purchase a domain name for just a few dollars … then squat on it until someone was willing to pay hundreds of thousands to use it, the cost to secure a new domain suffix like .pepsi or .hyundai will start at ~$185,000 … and go up from there.

That’s not chump change. But here’s the thing: For securing a famous brand name as a top-level domain name, it still represents a dandy opportunity for someone with funding (or a group of investors) to nab the “best brands” early on … then hold out to resell then name for a smart sum far greater than what they paid.

Which puts the onus back on the large companies who will feel compelled to pay the $185,000+ right off the bat – even if they have no intention of using the top-level domain name now or ever.

So it’s a very nice revenue stream to ICANN, ponied up by major international companies who don’t want the risk of having their names “hijacked” by someone bent on extortion – or worse, nefarious brand doings.

The concern is so great that the Association of National Advertisers, an organization made up of large national/international brand marketers, has issued an official communication to ICANN, warning that its scheme could have “potentially disastrous consequences” for marketers if the plan is implemented as proposed.

The letter also states that the ICANN scheme is likely to cause “irreparable harm and damage” to marketers, even as it “contravenes the legal rights of brand owners” and “jeopardizes the safety of consumers.”

Bob Liodice, president of ANA, has gone further in criticism of the ICANN proposal. “The decision to go forward with the program also violates sound public policy and contravenes ICANN’s Code of Conduct and its undertaking with the United States Department of Commerce,” he emphasizes.

Liodice contends that if the ICANN plan moves forward, it would create an ugly free-for-all environment in which many brand marketers would need to divert legal, financial and technical resources to applying for, managing and protecting their top-level domains … or risk the consequences.

“They are essentially being forced to buy their own brands from ICANN at an initial price of $185,000,” Liodice points out.

The sharp criticism of the plan ensures that these issues aren’t anywhere close to being resolved – and it probably puts ICANN’s anticipated January program launch date in question.

Stay tuned … ’cause it’s going to be a wild ride over the next few months!